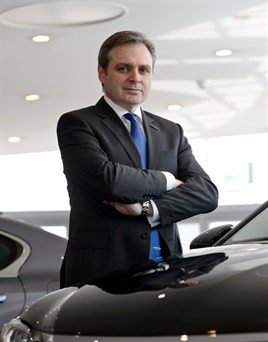 Yorkshire-based Meridian Motor Group, which trades as Vantage, has completed the acquisition of Barnsley Honda Limited for an undisclosed figure, significantly increasing the size of the business and boosting Group turnover to more than £150 million.

The deal is the seventh acquisition in six weeks for Meridian which will now take over the running of the Whaley Road dealership in Barnsley, bringing the Group’s total number of sites to 14 with 350 employees.

Meridian Motor Group has a longstanding relationship with Honda UK and was granted ‘future partner status’ in 2008.

However this deal represents the first time that Meridian has had the opportunity to work directly with the Japanese manufacturer which is the eighth largest car producer in the world.

The dealership will continue as Barnsley Honda in the short term, before rebranding as part of the Group’s ‘Vantage’ brand, trading as Vantage Honda – Barnsley.

The business is committed to future investment at the site.

Mark Robinson (pictured), founder and managing director of Meridian Motor Group, said: “As well as a significant new acquisition to strengthen our business, this deal will represent the first part of what we believe will be a strong and developing relationship with Honda UK.

"In Honda we recognise a brand that has a similar ambition to ourselves and this partnership represents good business sense as we look to grow further in the coming months.

“We have been in discussions with Honda for several years but this represents the first opportunity we have had to bring these plans to fruition. We are passionate about the brand and excited about their vision for the future.

“I am pleased to welcome our new team members into the Vantage family and we will ensure that customers continue to receive the same high standards and levels of service that has driven our success in other parts of the UK.”

Following this acquisition, Meridian Motor Group which is headquartered in Harrogate, will count Toyota, Hyundai, Lexus, Kia and Honda among its key brands.

This deal follows a summer of acquisitions for Meridian, which has seen seven new sites and three new marques added to the business.

In June the group purchased four West Midlands dealerships and announced the development of a new Kia site in Scarborough.

This was followed by the acquisition earlier this month, of Batemans Toyota at Grange-Over-Sands in the Lake District.

The enlarged Group will now sell in excess of 10,000 new and used cars each year, with the Barnsley site expected to contribute annual sales of 600 units.

Meridian was advised on the acquisition by Ian Gilbert and his team from Walker Morris and Grant Thornton in Leeds.