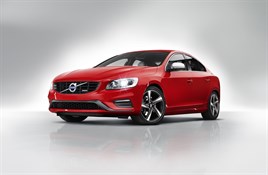 New 2014 model year Volvo cars have been given lower insurance group ratings as a result of the company's City Safety autonomous emergency braking being fitted as standard.

The Volvo City Safety system, which has been fitted to more than one million new Volvos worldwide, was praised for its ability to help drivers avoid low speed crashes by Thatcham, which administers the Association of British Insurers group rating system for private cars and commercials.

Volvo models have had their insurance groups reduced by up to four levels, saving up to £161.81 per year in reduced insurance premiums according to figures supplied by Volvo Car Insurance.

"The continued introduction of all these lifesaving technologies links back to our Vision 2020 long term objective that by 2020 no one should be killed or injured in a new Volvo."

"As a result of the successful testing we have been able to recommend to the ABI’s Group Rating panel an adjustment in these Volvo model’s insurance grouping.”

Thatcham has collectd evidence that City Safety reduces accident rates and relevant repair costs since its XC60 launch in 2008.

It can also prevent expensive personal injury claims for whiplash caused by low speed rear end shunts, and can then rule out the need to provide a hire vehicle while a driver’s car is in for repair.

Tristar Worldwide, a global chauffeur drive company based in Middlesex, has already seen considerable benefits of upgrading much of its 500-strong fleet to the latest Volvo models equipped with City Safety in September 2011.

The European Commission has suggested widespread adoption of AEB could reduce accidents by up to 27%, potentially saving 8,000 lives a year and reducing insurance claims by up to £6.3 billion. In the future it could also be "practically impossible" for car models to obtain an NCAP five-star rating without this technology fitted.