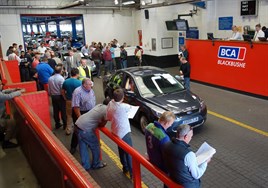 Year-on-year values remained well ahead, up by 17.3%. BCA reports that demand from professional buyers remains strong for the best retail-ready examples in the used car market, alongside continued interest in the budget end of the market.

Fleet and lease values improved to the highest average monthly figure on record, while dealer part-exchange values fell marginally from last month’s record level, but still recorded a substantial year-on-year uplift of 28.3%. Nearly new values fell largely as a result of a change in model mix.

"However, trade buyers are showing less interest in cars requiring significant work to bring them up to ‘showroom condition’ unless these vehicles are priced very competitively.

"In contrast, vehicles offered in ready-to-retail condition are highly sought after, with values typically outstripping guide expectations often by some considerable margin.

"The budget end of the market also remains strong, particularly in the £2,000 to £3,000 price sector, and older, well-presented cars at sensible mileages will also regularly outperform guide values."

Year-on-year, the fleet and lease sector recorded a significant £818 (10.1%) uplift. Average age and mileage were virtually static month-on-month, but down year-on-year.

Average values fell in the nearly-new sector in June to £18,360 from £19,919 in May, with performance against CAP Clean falling by a point to 97.5%. Nearly-new values will always be affected by changing model mix in this low volume sector.