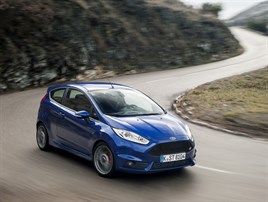 Andrew Jackson, head of analytics at Glass’s, said: “August is now the month to which everybody looks with a substantial level of optimism.

“The month typically represents 3% of registrations during a 12-month registration period and is notable for being a low-point in the year due to consumers’ desire for a newer registration plate that becomes available the following month.

“Our prediction is that new registrations will reach 70,000-75,000 units although this will depend largely on what manufacturers and dealers will be prepared to offer.

“The expectation is for more 0% APR financing to become available as manufacturers jockey for position in the market. However time will tell if this is a step all manufacturers are prepared to take.”

Commenting on last month’s new car registrations, he said: “July once again has been a successful month for new vehicle sales in the UK with the market growing by 12.6% year-on-year for the month of July, up 10.6% versus 2012 for year-to-date total registrations figures in 2013.

"Significantly, this growth also denotes the third consecutive month of registrations higher than any prior equivalent month since 2007 which will undoubtedly have retailers in high spirits leading up to the September peak.

"Diesel outperformed petrol in terms of year-on-year growth for the month of July (13.5% and 11.8% respectively) and diesel vehicles also constituted the majority of sales with 50.7% of vehicles registered using the fuel whilst 47.8% relied on petrol.

"Year to date figures continue to show 49.4% of all vehicles registered in 2013 are petrol-powered versus 49.3% for diesel.

"Plug-in hybrid vehicles can be noted for the headline-grabbing 70.7% growth in year-to-date registrations. However, when taking into consideration the fact that this only equates to 1,885 units (or 0.14% of all registrations in the same period) the lustre is somewhat taken off this initially impressive figure.

"Ford continues to hold two of the top three positions with the Fiesta and Focus again claiming first and second places.

"However, the loser for the month was Vauxhall’s Corsa as it was knocked into fifth spot by Vauxhall’s Astra and Volkswagen’s Golf which took third and fourth respectively.

"Year-to-date the status quo is maintained; both Fiesta and Focus retain in first and second positions and GM’s Corsa and Astra hold third and fourth positions respectively.

"BMW’s 3-series posted the seventh-highest number of registrations for the month and continues to raise eyebrows by consolidating eighth position in terms of year-to-date registrations, a position it gained, to the detriment of Peugeot’s 208, last month."