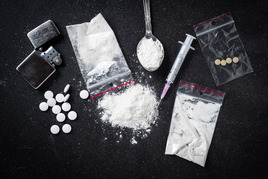 Dtec International, a leading supplier of drug and alcohol testing products and services to blue chip clients like Stagecoach, has launched the DrugWipe Super Dual.

DrugWipe is the drug screener of choice for traffic police around the world, with a customer base which includes Germany, France, Australia, Belgium, Czech Republic, Poland and Finland.

In the UK, ahead of a new drug driving law due in mid-2014, Dtec International are heavily involved with the UK Home Office in the development of a custom DrugWipe to commence trials in November for approval and use as a roadside test for UK traffic police.

The company has made changes following feedback on its current DrugWipe device, which is being used by the likes of Arriva Bus, Go Ahead Group and UK Coal.