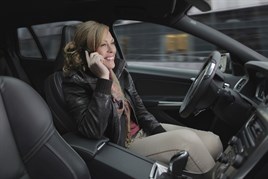 Less than a quarter of company car drivers would feel comfortable in a self-driving vehicle, research suggests.

However, momentum behind the technology is growing, with Government and manufacturers investing millions of pounds.

Chancellor George Osborne announced in the Autumn Statement that the Government would review the regulation and legislation that applies to the testing of driverless cars and create a prize fund of £10 million for a town or city to develop as a testing ground.

Milton Keynes is experimenting with driverless pods and aims to have 100 autonomous vehicles running on the town’s pathways by mid-2017.

In the US, California, Nevada and Florida have passed legislation to allow driverless cars, while Google’s self-drive car recently completed 500,000 miles of road tests.

Manufacturers are also developing the technology. Nissan recently carried out the first public road test of an autonomous vehicle on a Japanese highway and Volvo has announced the world’s first large-scale autonomous driving pilot project.

It will involve 100 self-driving Volvo cars using public roads in everyday driving conditions around the Swedish city of Gothenburg.

The project will start this year and the first cars are expected to be on the roads of Gothenburg by 2017.

However, a survey of 1,000 company car drivers conducted by ALD Automotive suggests UK motorists are far from convinced.

David Yates, marketing director at ALD, said: “The latest findings from our Pulse survey show there is still a long way to go to change perceptions of self-driving vehicles.

“For employers and employees alike, a world where drivers could work on their way to meetings, while being driven by a computer chauffeur, sounds like an exciting solution, increasing productivity and reducing stress.

“However, for most, it still sounds like science fiction and raises all sorts of questions over safety and risk.”

Tests by vehicle manufacturers and technology firms show that, in theory, autonomous vehicles should reduce an employee’s risk by incorporating advanced technology to avoid accidents.

“If this is the case, then autonomous vehicles should be safer, less stressful for drivers and free up more of their time to work while on the move,” said Yates.

Google, for example, claims its test cars have so far been involved in only two accidents – one involved the car being rear-ended after stopping at a red light and the other occurred after a human driver took control of the vehicle.

Manufacturers including Mercedes-Benz, Audi, Nissan and BMW expect to sell autonomous cars by 2020 and experts from the Institute of Electrical and Electronics Engineers estimate that up to 75% of all vehicles will be autonomous by 2040.

“However, as the results of our survey suggest, the majority of drivers are still far from convinced,” said Yates.

“Safety is an obvious issue, but there are many other questions. An obvious one would be who was responsible for any accident that occurred?”

There are plans for such vehicles to have dashboard displays which could tackle the ‘lack of control’ issue by enabling passengers to override any system controls.

However, this would put the focus back on the driver to be in control of their transportation at all times and end any thought of the vehicle becoming a mobile office.

Yates said: “There are many issues that will need to be thought through thoroughly to find a solution that will address all the safety, privacy and security concerns drivers will have.

“While the sector has the potential to generate a large number of highly skilled jobs for the UK, as well as cut road congestion and pollution, all these concerns will need to be addressed first.”