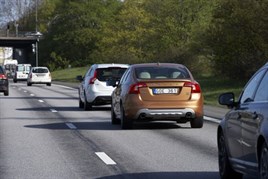 British motorists would trust driverless cars to park, indicate and reverse, but not for hazard perception, according to an eSure survey.

With driverless cars likely to be tested on UK roads in a matter of months, esure surveyed UK drivers to find out how far they would currently trust a computer to carry out key driving elements on their behalf. Parking (52%), indicating (49%) and reversing (46%) came out on top.

The findings showed that motorists would distrust a driverless car to control hazard perception (51%), filling up fuel (49%) and, surprisingly, braking (45%) even though innovations such as Anti-lock Braking System (ABS) and Autonomous Emergency Braking (AEB) systems are currently available in cars on UK roads.

Andrew Lowe, head of motor at esure said: “The results present some interesting findings about the acceptance of technologies that already exist on UK roads. For example, parking assistance technology and reversing sensors are currently available in cars and there was a far greater trust level for driverless cars performing the function of parking and reversing.”

“It remains to be seen whether the distrust for some driving elements are because people haven’t experienced them before and if this will change as soon as drivers become familiar with them.”

Unsurprisingly, 18 to 34 year olds were more likely to trust a computer to perform certain driving functions. Sixty percent would trust it to park and indicate on their behalf, followed by 57% who would be happy to let a driverless car reverse for them.

Men were more likely than women to trust driverless cars to perform various driving elements for them and Londoners came highest in terms of trust in the regional stakes followed by Wales.