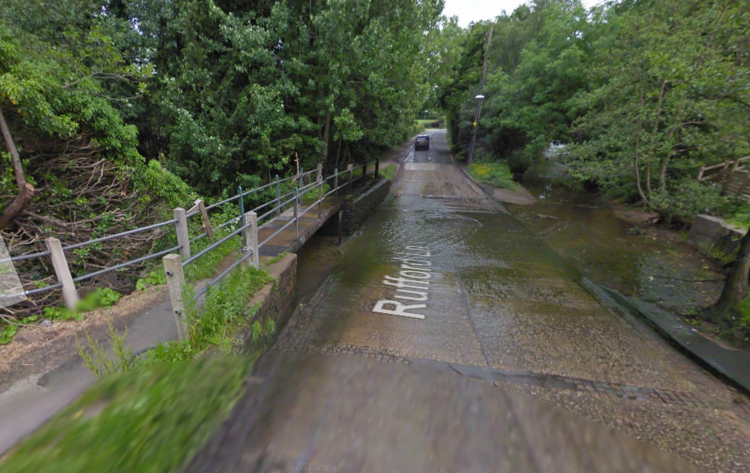 The Environment Agency and AA are urging drivers to be 'flood aware', as a survey shows that despite the wettest winter on record, more than two thirds of men and half of women would still risk driving through flood water.

The Environment Agency and the AA warn that more than 60% of drivers are still taking unnecessary risks by driving through flood water.

The ford on Rufford Lane in Newark, Nottinghamshire, with 96 flood-related rescues in five years, has been named the number one flood-accident hotspot in the UK. Other locations with multiple rescues include Water Gate Lane in Leicester and the ford in Bucklebury, Berkshire.

All of the AA’s top 20 flood rescue spots are in England, with 12 of them located at fords.  A joint survey by the Environment Agency and the AA reveals that despite the wettest winter on record more than 60% of UK drivers – 20 million in total – would still risk an accident by driving through flood water.

There have been 21,687 AA flood rescues since 2009.  Serious accidents occur each year by drivers taking unnecessary risks and going ahead with a journey despite Environment Agency flood warnings.

The largest number of rescues from flood water on a single day in the last five years was Christmas Eve 2013 – with 642 rescues.

The Environment Agency issued more than 450 flood warnings and alerts on the same day and drivers are being encouraged to check flood risk information for their entire route before setting out.

The survey of more than 19,000 AA members, carried out by Populus also found that:

John Curtin, director of incident management and resilience at the Environment Agency, said: “Too many drivers end up putting themselves in danger – and potentially those who come to their rescue – by taking unnecessary risks during flooding.

"It can be hard to tell what hazards lie beneath flood water, but more often than not there’s a lot of misery and a much longer delay than a well planned detour. We need drivers to check the flood risk for their entire route before they travel. Our flood warning information on GOV.UK is updated every 15 minutes and can help anyone plan a safe journey.”

Darron Burness, head of the AA’s flood rescue team, said: “During last winter, which was the wettest on record, we alone attended around 4,400 flood-related call-outs but many were completely avoidable.

“Fords catch a lot of people out. Just because it’s a designated crossing point, don’t assume that it’s always safe to cross – the depth of the water and its flow rate can quickly change with the weather.”

He warns: “Just one foot or 30 centimetres of moving water can float your car, so if you’re at all unsure of the conditions, turn round rather than risk your vehicle being swept down river.”