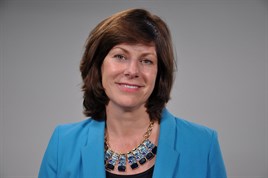 A ‘road train’ of commercial vehicles, travelling in convoy and being driven autonomously, will be tested for the first time on UK roads next year.

Transport Minister Claire Perry (pictured) has given the go-ahead after a feasibility study commissioned by the Department for Transport (DfT) concluded how the trials could be conducted.

They will take place on the trunk road network and will involve specially-adapted heavy goods vehicles following each other in close succession, with the lead vehicle effectively controlling those behind.

Drivers will be in each vehicle, ready to intervene and take control as and when required, while also providing reassurance to other road users.

Perry said: “Driverless technology is the future. We can’t avoid it and I don’t want us to; I want the UK to learn as much as we can and as quickly as we can.

“That includes understanding how these vehicles interact with society and other road users.”

Perry revealed that DfT officials have also been asked to launch a study of driver and road user behaviour alongside the trials. “I believe this is important as a means to reassure the public that we are careful of the risk, but also recognising the need for progress,” she said.

Vehicle platoon tests for the SARTRE (Safe Road Trains for the Environment) project, which is part-funded by the European Commission and being led by Ricardo, have been taking place in Europe for the past few years. Its first test on a public road was conducted in Spain in May 2012.

Ricardo is also leading a consortium including TRL (Transport Research Laboratory) and Transport & Travel Research (TTR), which was commissioned by the DfT in January.

It was set up to better understand how platooning might benefit UK business, the transport network, road safety and the environment, as well as to establish whether the road trial of a HGV platoon should be considered.

Perry said: “By allowing vehicles to run closer together, the Government recognises the potential fuel and carbon savings, reduced congestion by creating more efficient use of the network and reduced road casualties by eliminating driver error from accidents.”

The platooning trials and driver behaviour study are the latest in a series of Government initiatives aimed at understanding the potential of autonomous technology.

In July, a £10 million fund was launched by the DfT and the Department for Business, Innovation and Skills for collaborative research and development projects to look at how driverless cars can be integrated into everyday life in the UK.

The competition is being managed and run by Innovate-UK and has the potential to support up to three projects starting from January 2015.

Perry, who was speaking at a conference on driverless vehicles organised by the Parliamentary Advisory Council for Transport Safety (PACTS) at Thatcham Research, confirmed the Government had received five bids and was expecting to announce the winners next month.

The projects are to be industry-led, with a local authority partner, and feature driverless-type capability in an urban environment. They will last between 18 and 36 months.

She told delegates: “I hope the trials in our cities and towns will put us at the forefront of this transformational technology and open up new opportunities for our economy.”

The DfT is also leading a review of the relevant regulation and legislation to ensure there is a clear and appropriate regime for the testing of driverless cars in the UK, while also ensuring public safety.

“The review will establish what issues must be addressed to enable the testing of such technology on UK roads while maintaining existing high levels of road user safety,” added Perry.

“It will also look further ahead to the implications of the potential use of fully autonomous vehicles.”