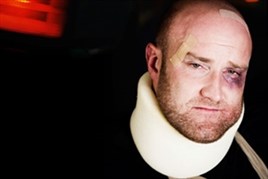 Road traffic accidents deliberately caused in order to claim for whiplash compensation are at an all-time high, according to Aviva.

The insurance company has seen a 21% rise in crash-for-cash incidents compared with 2013, with organised gangs at the heart of the increase.

Birmingham and Greater London were the worst areas for crash-for-cash cases.  Other blackspots included Luton, Manchester, Leeds, Bradford and Slough in Berkshire.

Within Greater London, the worst areas included north and north-west London, such as Uxbridge and Harrow.

In the past, Manchester had been the main area for fraudulent claims but the number was reduced in that area due to a number of successful operations and prosecutions, Aviva said.

Fraudulent claims have added around £14 to motor insurance premiums, with fraudulent claims in the Birmingham area totalling more than £4.7 million in August 2014 alone.

More than 50% of its motor injury claims fraud is now organised in nature,according to Aviva, with the company now having more than 6,500 suspicious injury claims linked to known fraud rings.

Tom Gardiner, head of claims fraud for Aviva's UK and Ireland general insurance business, said, "We are asking the Government to consider compensating short-term whiplash with rehabilitation, instead of cash.

"Would crash for cash exist if there was no money in it? We don't think so.

"Crash for cash is not just a financial problem - it's a serious social problem. No other form of insurance fraud puts the public at risk of serious injury."

RAC head of external affairs Pete Williams said that motorists were turning to in-car cameras to protect themselves from being taken advantage of.

He said: “As long as they are used correctly, dashboard cameras are a valuable record of the circumstances that occurred around an accident and, as such, can help to reduce the cost of personal injury claims which, in turn, should ultimately reduce the cost of insurance.

“Making in-car cameras compulsory would come at a cost initially, but they could pay for themselves in the long run if they cut the nation’s premiums. When used in conjunction with a telematics ‘black box’ they can also provide accurate information of driver behaviour to help customers and insurers to deal with claims more quickly.”