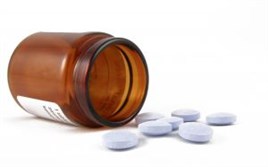 Transport Minister Robert Goodwill has called on pharmacies to help customers understand the changes to drug driving legislation coming into force next year.

The new offence has been introduced by the Government to tackle those that drug drive by giving the police new powers to tackle the issue.

Pharmacy teams are being asked to support the campaign by placing posters and leaflets in their pharmacies that explain what the new law means for their patients.

Road Safety Minister Robert Goodwill said: “We have taken every care to ensure people who take prescription or over the counter medicines as instructed and are fit to drive are not affected by the legislation.

“However, there are changes and people need to be aware of what that means for them. That is why I am calling on pharmacy teams to back our campaign to give patients the information to keep them safe and legal on our roads.”

The new law will make it an offence to drive while over specified limits for a total of 16 drugs.

Eight of the drugs could be used for medicinal purposes although the specified limit allows for the normal recommended doses that most patients would be prescribed.

Patients who take their medicines as intended should therefore not be affected by this legislation, provided the medicine does not affect their driving.

The testing limit for the remaining eight drugs in the list, more associated with illegal use, such as cannabis and cocaine, have been set very low so even small doses are likely to test positive. Some illegal drugs have medicinal uses but these are rare.

It will remain an offence to drive while your ability is impaired by drugs and, if in doubt, you should not drive.

However, unlike the existing offence, patients who are able to drive safely will have a medical defence if they take the medicine in accordance with advice given by a healthcare professional and/or printed in the accompanying written instructions.

An expert panel assisted the government in developing the new legislation and a number of healthcare professionals were consulted on the proposals.