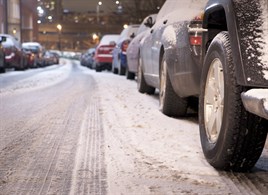 Transport Secretary Patrick McLoughlin has announced an extra £140million is being made available to help repair roads hit by weather damage.

As part of the government’s response to the damage done during one of the worst winters on record, support for councils to fix the roads most damaged by severe weather will be increased by £36.5m, to £80million.

On top of this, following the exceptionally severe weather of recent months, an extra £103.5million is also being made available to all councils across England. This is in addition to almost £900million already made available for road maintenance this year, bringing total government investment allocated to road maintenance to more than £1billion in 2013/14.

Transport Secretary Patrick McLoughlin said: "Having the right infrastructure in place to support businesses and hardworking people is a crucial part of our long-term economic plan. This extra money will help make a real difference to the millions of road users and local residents who rely on local roads, giving them safer and smoother journeys."

Prime Minister David Cameron said: "It’s because of the difficult decisions we have made on public spending that we can afford to repair roads damaged by the severe weather as part of our long-term economic plan to secure Britain’s future and help hardworking people."

This additional money will be allocated on a formula basis, and will be distributed to the majority of councils in England by the end of this week, to ensure that they can make use of it as soon as possible and complete works before the summer holidays.

In order to qualify for this extra funding, local authorities will be required to publish information on their websites by the end of August 2014 showing where this money has been spent.