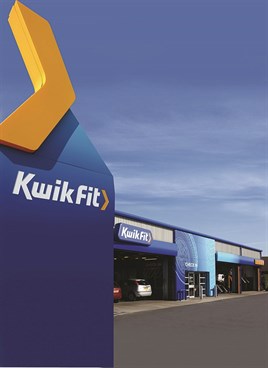 More than four million drivers would be pulled off the road if their car had its own way, new research reveals.

A study for Kwik Fit has shown that one in eight motorists (12%) say the steering on their cars pulls to one side or the other.  Almost one million who are experiencing the problem say their steering pulls significantly.

Wayward steering is more prevalent amongst younger car owners, with a quarter (25%) of those under 34 saying that their car pulled to one side when driving on a straight road.  This contrasts dramatically with older drivers – only 2% of drivers over 55 say they experience this problem.

There are a number of possible reasons why cars pull to one side and it appears that more experienced drivers know how to spot the danger signs. It could be as simple as a difference in pressures between the left and right tyres, or that they are mismatched and have worn at different rates.  If that is not the case, it may be an alignment issue, with the car’s wheels not running at the angles set out in the manufacturer’s specifications.

This can be the result of gradual wear, but also be caused by an impact.  With 40% of drivers saying that they had hit a pothole in the last year, many alignment problems may stem from the conditions of the nation’s roads.  Depending on the severity of the impact, hitting a pothole can lead to tyre damage, balancing weights falling off rims, a loss of tyre pressure or even damage to suspension components.

Roger Griggs, communications director of Kwik Fit said: “It may seem obvious, but tyres are the only thing that connects a car to the road, so it’s vital that they are set up properly.  It’s incredible to think that four million drivers are struggling with their steering on a daily basis – this is not only a safety issue but increases tyre wear and fuel consumption.  We would encourage all those drivers to first check their tyre pressures and wear, and then have their alignment and suspension checked if needs be.  Any driver who needs advice can pop into a Kwik Fit centre and speak to our alignment experts.”