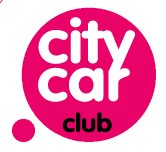 It has also added two new cities (Liverpool and Chester), bringing the total number of cities it operates in to 16.

Independent estimates show that each car club typically removes 24 private vehicles from the road, while motorists travelling less than 7,000 miles per annum could save up to £3,500 per annum.

In three years the council has cut its grey feet mileage by 34% as well as almost halving its CO2 emissions.

The next 12 months will see further cities added to City Car Club’s portfolio and more than100 vehicles to its fleet.

James Finlayson, managing director at City Car Club, said “Our mission has always been to convert the way the nation thinks about travel by reducing car usage and making car clubs an accepted part of the transport mix, and we are thrilled to be able to release such positive results.

“Through City Car Club, and partnering with local councils, we’re trying to abolish unnecessary vehicle costs, congestion and pollution by allowing our customers to hire our vehicles for as little or as long as they like.

“This year we’ve had an 11% increase in membership which is proof that the nation’s mind-set is starting to change in favour of a more economical and environmentally sustainable option.”