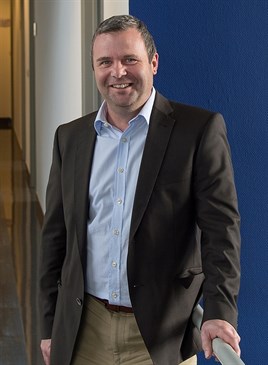 Belgian-based fleet and leasing software solutions provider, Sofico, has embarked on a high-tech recruitment drive to locate top calibre, experienced business and IT professionals to fuel its plans for further growth.

Sofico, whose customers manage more than 1 million vehicles worldwide through its leasing and fleet management systems, has seen its revenue grow by 54% over the last five years, and is expecting to increase its permanent staff of 120 by around 20% by the end of this year.

To help recruit suitable personnel, the company is using social media, including Facebook and LinkedIn as well as Google ad words, to drive people looking for jobs in IT, project management or business consultancy to the vacancies section on its website.

The company is also utilising its fleet of 90 company cars to advertise the fact that it is seeking suitably qualified personnel with a new sticker campaign announcing it is on the look-out for new employees.

And, it is employing job portals to promote the company through a recently featured guest blog written by one of its recent new-starters.

Jan Bouckaert (pictured), head of business development at Sofico, said: “The number of CVs submitted through our website jumped by 300% in March, compared to the average number received over the previous six months, so the campaign is already bearing fruit.

“We are aiming for sustainable growth over the next few years by moving into new markets and new countries - a feasibility study is currently looking at the opportunities for opening a US office, for example.

“At the same time, we are striving to maintain a high level of service and support for our existing customers and our ongoing implementation projects.”

Sofico has seen a series of major implementations for new leasing and fleet management customers in Europe and Australasia recent months.

And, last year, to mark its 25th anniversary, the company announced that it had plans to migrate Miles beyond its traditional leasing and fleet management into broader areas, including the retail market with retail finance capabilities, ultimately moving into trucks, forklifts and other yellow goods.

“Through this current recruitment drive, we aim to fulfill our ambitions in term of both customer service and growth targets for the next years. We look forward to welcome a number of new colleagues in the near future,” added Bouckaert.