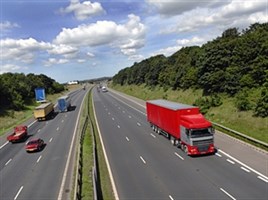 A group of academics and transport professionals have reignited the debate on road-user charging by suggesting the network could grind to a halt if drastic action isn’t taken.

The Government is attempting to alleviate the pressure by ploughing £50 billion into the country’s roads – the largest programme of investment for more than half a century.

However, experts suggest a more radical approach is required if gridlock is to be avoided.

Dr John Walker, a lecturer in automotive engineering at the University of Southampton, said: “Road pricing should become an integral part of our road transport policy.”

Walker told delegates at a Transport Select Committee Parliamentary outreach conference, held at the University of Southampton, that: “Technology lets us offer a better deal to road users, with motoring taxes replaced by more effective pay-as-you-drive schemes, but it’s hard to convince politicians and drivers of the benefits.”

Walker referred to a road pricing scheme in Stockholm, which was trialled in 2006. Initially, there was 32% opposition to the scheme, but as the trial progressed people saw the benefits and opposition waned.

A referendum following the trial showed a majority in favour and it was permanently introduced. Support has continued to grow and now stands at 74%.

Walker explained that there is usually a low point in public opinion before a scheme is introduced. “This is exactly the wrong time to hold a referendum,” he said.

That is what happened in Manchester when residents rejected a congestion charging scheme in 2008, when more than £2.7bn worth of public transport funding depended on a ‘yes’ vote.

Public opinion, unsurprisingly, continues to guide political will, with road charging schemes being ditched by both the current Government and previous administration.

Louise Ellman MP, chairman of the Transport Select Committee, said the previous Labour Government was close to implementing road-user charging but a petition, which attracted two million signatures against the scheme, put pay to it.

More recently, a plan to introduce road tolls on the A14 was scrapped after a public outcry, with roads minister Robert Goodwill suggesting tolls were now off the agenda completely.

Professor Mike McDonald, emeritus professor of transportation engineering at the University of Southampton, said it’s a question of trust. “Studies have shown that the problem is people have a lack of trust that the money from road-user charging will be fed back in to the system,” he added.

“Is this a unique opportunity to ringfence that money so that you change the basis of taxation to a road-user charging model where money is fed back into transport?”

Sharon Kindleysides, managing director of Kapsch and chairman of Intelligent Transport Systems, said that public perception is stopping politicians from taking a lead.

“The politicians are scared of implementing road user charging because they think people might be against it,” she said. “However, it is the only way to increase capacity; it’s the only way for people to pay fairly for the roads.”

Nevertheless, whatever the virtues are of any particular system, Ellman recognises there is a real problem in convincing the public that road pricing will work.

She explained: “The concept, which was looked at was based on shifting funding from road taxation to the ‘use’ of the roads.

“But that affects different individuals in different ways and I think there was maximum scope for the media to produce headlines that made people think they would have to pay enormous amounts of money to be able to get to work, or do something that is absolutely essential. That might not have been true but people were given that impression.”

Referring to the timing of the referendum in Stockholm, she added: “Perhaps the lesson learned is to take account of the electoral cycle.”