Low-mileage fleet switches on to benefits of electric vans

Fruit 4 London, which delivers fresh fruit to offices in central London,expects to save £16,500 over 36 months by operating a pure electric Renault Kangoo ZE rather than a larger diesel Ford Transit.The ZE also works out at around £9,000 less than a Renault Kangoo diesel over the same period.

For fleet operators in London with vehicles doing low mileage, such as Fruit 4 London, the case for running Ultra Low Emission Vehicles (ULEVs) is compelling.

Fruit 4 London has four Kangoo ZE vans which each travel 40 to 70 miles per day, depending on the route, and 10,000 to 11,000 miles annually. “They can do a day’s worth of deliveries on one charge,” says Laszlo Mulato, director of Fruit 4 London.

The mileage a ULEV needs to do to make the wholelife costs stack up varies from business to business, says Ian Featherstone, knowledge manager at the Energy Saving Trust (EST).“As a general rule, around 10,000 miles a year for a pure electric vehicle will make the numbers work", he says.

The EST has found that analysing thecase for ULEVs can prompt an organisation to rethink its fleet policy. It might reduce its fleet size and increase utilisation of theremaining vehicles, making a ULEV viable. A company needs to gather historical mileage and fuel data, details on the types of vehicles on the fleet and how many vehicles do around 80 miles a day to workout whether ULEVs can fit into its duty cycles and whether the wholelife costs stack up. “The more real-life figures you can get, the more accurate the analysis will be,” Featherstone says.

Fruit 4 London was already operating two electric vehicles when it took part in the EST’s Plugged-in Fleet Initiative (which examines the business case for ULEVs), so it was able to provide real-life data. It had also installed charging points. Its vehicles are charged overnight,at a cost of £1.32 to charge to 100%, which means that deliveries can be performed at low cost. Mulato says: “My business partner took one of the ZEs out in London yesterday and drove to 60 different locations. It worked out at 48p to charge the vehicle." His advice to other businesses is: “Look at the mileages your vehicles do a day. If they do more than 70 miles, is there a gap in shifts when the vehicle could be charged using public charging points?” . Rapid charging points are already up and running throughout the UK and by March 2015 there will be 500 in place. 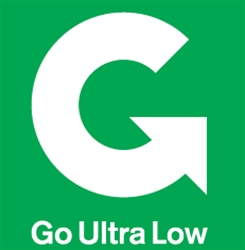 The Office for Low Emission Vehicles (OLEV) has committed a further £20 million beyond that to fund rapid charging infrastructure. “If you have any doubts about electric vehicles, all of the manufacturers are happy to lend you a demonstrator,” Mulato says. “We tested a vehicle for a week and made sure it could do the job.“We’ve been running electric vehicles for two years now and I can only say positive things.

The Government is doing its bit to support thetransition to ULEVs – through tax benefits, funding chargepoints, providing incentives and much more.It is investing £500 million to help drive the adoption of ULEVs. The ‘Go Ultra Low’ campaign, launched by Deputy Prime Minister Nick Clegg and backed by the Government and car manufacturers BMW, Nissan, Renault, Toyota and Vauxhall, is a clear statement of intent by both the Government and industry. It aims to help motorists understand the benefits, cost savings and performance features of ULEVs, including electric, plugin hybrid and extended range vehicles.