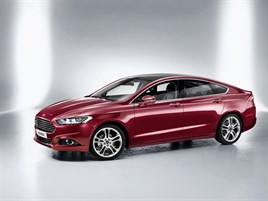 Ford is making crucial data on its new Mondeo available to fleet vehicle suppliers up to six months ahead of the car’s British launch in an attempt to maximise residual values in a sector under threat from premium badge cars and SUVs.

Wholelife cost providers have been given key information on power unit specifications, equipment and trim levels, and the UK market leader is expecting predictions for its flagship corporate sector model to be announced in July.

After a change in marketing policy, examples of the long-awaited replacement range were shown to forecasters during recent events staged to launch other products.

“It’s not normal practice for us to talk about a product so far in advance, but as this new car is already on sale in the US, there’s not a great deal of secrecy surrounding it other than the details relating to European versions,” said Tim Holmes, communications and public affairs executive director at Ford.

“This pre-launch activity was arranged because we need the forecasters on board as we prepare to market the car. Their feedback is important and we need to be on policy lists and set leasing rates quite early in the process.”

Launched as the Fusion in North America two years ago,  the Mondeo’s introduction into Europe has been delayed because Ford decided to close the factory in Belgium that builds the current version. The car is unlikely to replace the current Mondeo until early next year in the UK by which time another European plant will be tooled up to build it and a big question mark hangs over volume expectations as more corporate and private motorists opt for sports utility vehicles rather than D-sector cars.

“The Kuga has worked well for us on residual values – it’s our star performer – and we hope the Mondeo will prove to put in a similar performance,” said Holmes.

“However, it will be under pressure because the SUV segment is showing the fastest growth in the marketplace.

Asked if the popularity of SUVs would result in reduced Mondeo volumes, Holmes said: “All sorts of actions are playing on the market at the moment.

“One is the fact that the UK is one of the few markets that is growing and taking production from other European markets that are not performing as well.

“This stimulation is making it hard to know what is natural growth and what is supply-driven demand.

“We need to wait until the market gets back to normal to find out where customers for the Mondeo will come from and whether we import lower numbers.

“The old Mondeo has had a pretty good life, but it is now an ageing vehicle so we would expect customers to have gone elsewhere. However, we do expect to get a lot of them back when the new model arrives.”

Richard Parkin, Glass’s valuations and analysis director, said he sensed tension between Ford Europe and Ford of Britain regarding production allocations of the new Mondeo.

“There’s nothing wrong with the car, but the problem is that it is going into a segment that is falling in popularity, resulting in cars like the Mondeo, Vauxhall Insignia and Peugeot 508 tending to suffer rapid initial devaluation,” he said. “The D-segment has suffered because of the popularity of crossovers like the Kuga, which are C-segment models but offer generous accommodation and lower running costs.

“The other factor facing Ford is brand awareness. Regional sales staff seem particularly badge conscious and the Mondeo has lost out to the BMW 3 Series. We’ve heard rumours that Ford is planning to spec the new model highly to compete with the BMW, but buyers in the fleet market are not luxury oriented – they’re badge-conscious.”