Government bans use of CCTV 'spy cars' for on-street parking 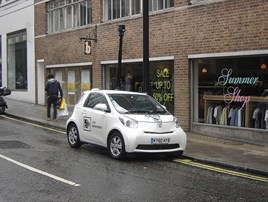 The announcement is aimed at reining-in over-zealous parking enforcement practices, which often force people shop in out-of-town centres or online.

The long called for ban will now become law through the Deregulation Bill, following a three month consultation. Tickets will have to be fixed to the windscreen by parking wardens, making it illegal for councils to issue penalty charge notices to drivers using just the CCTV spy cars that currently patrol roads for on-street parking enforcement.

Parking officers will now carry out all essential enforcement, limiting the use of CCTV to issue tickets by post to critical routes such as schools, bus lanes, bus stops and red routes where public transport must be kept moving for safety reasons.

The other measures designed to help local shops, support drivers and give communities a greater say on parking policies include:

Communities secretary Eric Pickles said: "CCTV spy cars can be seen lurking on every street raking in cash for greedy councils and breaking the rules that clearly state that fines should not be used to generate profit for town halls.
"Over-zealous parking enforcement and unreasonable stealth fines by post undermine the high street, push up the cost of living and cost local authorities more in the long term.
"Today the Government is taking urgently needed action to ban this clear abuse of CCTV, which should be used to catch criminals, and not as a cash cow."
Transport secretary Patrick McLoughlin said: "These measures will deliver a fairer deal for motorists, ensuring that parking enforcement is proportionate, that school children are protected and buses can move freely, and that key routes are kept clear."