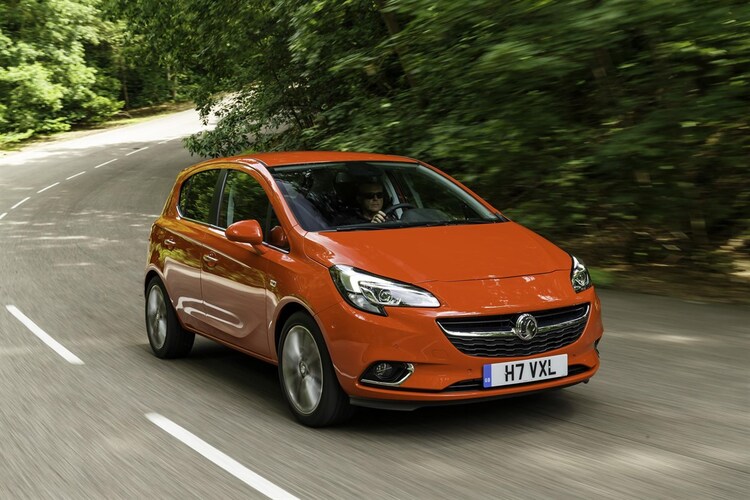 Vauxhall has revealed the design and technical details for this year's comprehensive update to its Corsa supermini.

The model will be fully unveiled at October's Paris Motor Show, and production will begin later this year.

Although the model is based on the current Corsa, and the length is near-identical, Vauxhall claims almost every other element of its design and engineering has changed, which the firm says will improve the car’s driveability, efficiency, and connectivity.

All of the car’s body panels are new, and the company claims greater differentiation between ‘sporty’ look of the three-door and the ‘premium’ five-door models.

Major changes have been made inside the Corsa’s cabin, including a completely re-designed instrument panel and dashboard, and optional use of Vauxhall's 7" touch screen IntelliLink system.

The new model will be available with heated front seats, steering wheel and windscreen, as well as soft-tone ambient lighting and a full-size panoramic roof.

Under the bonnet, new engines and transmissions will be available from launch. A 1.0-litre, three-cylinder Ecotec Direct Injection Turbo – just one of a raft of new engines – will headline in the petrol offerings, while a much-improved 1.3 CDTi, which meets stringent Euro-6 regulations, will appeal to diesel buyers. In addition, the car has a completely new chassis.

"Corsa remains the best-selling car in Vauxhall’s range, which is testament to the continued appeal of the current model to UK buyers, supported by a raft of innovative sales programmes that make the car even more enticing," said Tim Tozer, Vauxhall’s UK managing director.

"New Corsa has its work cut out – both as a worthy replacement for the existing car later this year, and as a new challenger in a highly competitive class. We’re confident that it will jump both hurdles with ease."

In its last full year, Vauxhall sold 83,000 Corsas in the UK. The UK is now the lead market for Corsa by a large margin (Germany was the second biggest market in 2013 with around 50,000 sales).