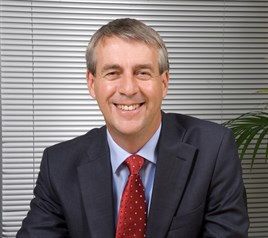 ALD Automotive has donated two Skoda Yetis to the Alzheimer’s Society to mark the firm’s ongoing support of the charity and the efforts of its staff in helping to raise £600,000.

ALD is the fleet management division of Société Générale which aimed to raise £250,000 for Alzheimer’s Society in its first year of partnership.

The team from ALD, along with other Société Générale companies, helped to almost double the first year’s target by raising funds through sponsored sporting events, challenges, cake sales, competitions and more.

Debbie Donnison, regional operations manager for Alzheimer’s Society, said: “We’re very grateful for ALD’s generosity. Having access to these cars will allow our staff greater flexibility and support our mission to deliver services to people living with dementia and their carers.”

The Alzheimer’s Society works to improve the quality of life of people affected by dementia and offers services across the country.

Through Société Générale, ALD has a two-year partnership with the charity. The original aim was to raise £500,000 but this target has now been extended to £750,000 following the success of the first year.

Mel Dawson (pictured), managing director of ALD Automotive added: “Our team have expressed amazing creativity and dedication in their efforts to raise money for the Alzheimer’s Society so we were really pleased to mark this by donating the vehicles to support the charity’s staff in their jobs.”