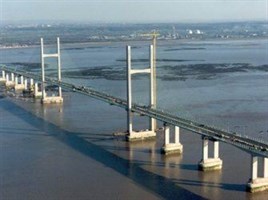 The Road Haulage Association (RHA) has welcomed a Lib Dem plan to scrap tolls on the Severn Bridges, but warned that the devil will be in the detail.

Both bridges are due to revert to public ownership by 2018.

“At the last election, the Lib Dems were all in favour of introducing an expensive charging system for logistics services to the UK economy,” said RHA chief executive Geoff Dunning.

“Of course we would be in favour of scrapping the current tolling regime as it would give a boost to the South Wales economy in particular and would greatly improve the transport communication links between England and Wales in general.

“However, we would not want to see this turn into a case of ‘robbing Peter to pay Paul’.

“If the Lib Dems abolish the tolls there can be no instance whereby the subsequent financial loss is recouped in other areas – such as an increase in fuel duty."