Was this article useful?
14 people found this useful 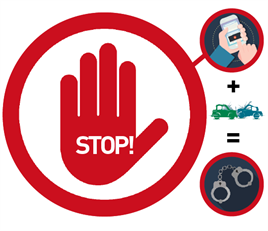 Fleets are being warned that there is “no safe-time” to use a mobile phone, hand-held or otherwise, while driving.

The warning comes as the courts are convicting drivers shown to have used a mobile device not at the time of an accident, but sometime beforehand.

In the most recent case, Marina Usaceva had sent and received texts on two mobile phones in the 20 minutes prior to a crash in which the driver of the other car was killed.

In mitigation, her defence barrister said that there was a gap of six minutes between using the phones and the accident itself, something he described as “clear water”.

However, sentencing Usaceva to six years in prison, Judge Sean Enright said: “If you were not sending texts at the time, then you were fiddling with your phone and that is what caused the collision. Mobile phone use while driving is a plague on our society.”

An indication that the courts would highlight mobile phone use as a contributing factor to an accident, irrespective of whether it was actually being used at the actual time of the collision, first came to light with the case of Labour peer Lord Ahmed (fleetnews.co.uk, March 3, 2009).

Ahmed was jailed for 12 weeks after admitting sending texts while driving before his Jaguar ploughed into a stationary car on the M1, killing its driver.

At the time, the judge described his texting as “prolonged, deliberate, repeated and highly dangerous”, even though it was not directly linked to the accident.

Lucy Whitaker, associate at legal firm Rothera Dowson, told Fleet News: “The Usaceva and Lord Ahmed cases show that the courts are increasingly willing to consider the use of a mobile phone prior to an accident as a contributing factor.”

Typically, if a driver is found to have been using a hand-held phone while driving, even where no accident has occurred, the likely result is a £100 fine and three penalty points.
However, in the event of an accident resulting in serious injury or fatality, the defendant faces a custodial sentence.

“If it is shown that the defendant was driving without due care or attention, the penalty for a fatality is up to five years imprisonment, along with disqualification and a potential fine,” said Whitaker.

“For death by dangerous driving, depending on the circumstances, defendants face up to 14 years imprisonment, plus a minimum disqualification period of two years and a discretionary re-test and possible fine.”

Worryingly for fleets that advocate hands-free systems, company car and van drivers involved in a serious road traffic accident could still fall foul of the law.

Whitaker said: “The use of a hands-free phone while driving could result in similar charges if it is proven that the driving standard fell below that expected of a careful and competent driver, and that the use of the device caused, or contributed to, the incident.

“, the judge stated that although not sending texts at the time of the accident, the driver had been ‘fiddling’ with her phone – an unnecessary distraction that was deemed to have contributed to the accident and resulted in the conviction.

“While there is no suggestion that the courts are stating that phones should be switched off while driving, it is clear that the use of a mobile phone before a road traffic collision will be considered and that there is no real ‘safe-time’ to use a phone, hand-held or otherwise, while driving.”

This raises questions about phone policies with a number of fleets stating that drivers should pull over to answer a phone rather than use a hands-free device while driving.

However, should they subsequently cause a crash, phone records would show only that the driver had used their mobile prior to the accident – not that they were stationary at the time of making or taking the call, or sending a text or email.
It is standard practice for police to seize mobile phones from drivers at the scenes of very serious collisions as part of the information and evidence gathering process.

Nevertheless, transport secretary Patrick McLoughlin is keen to crack down on motorists illegally making calls or sending texts and has mooted a doubling of the current licence endorsement, from three points to six.

As the latest figures reveal that 380 people were killed on UK roads in the first three months of 2014 – up 13% on 2013 – data suggests that phones contribute to one death every fortnight. Campaigners warn mobile phone distraction will become a bigger killer than drink-driving by 2015.

In 2012, 583,686 drivers were fined £60 and received three points on their licence for using their mobile phone while driving, more than 10 times higher than the 55,300 convictions for drink-driving at that time.

The new rules being considered by Whitehall officials would mean a driver could be banned after committing two mobile phone offences within three years.

A newly-qualified driver could be banned after one offence because their threshold for a ban is six points. The fine could also be increased from £100 to £150.

Road safety charity Brake believes the Government could provide a more effective deterrent if the fine was increased to £500 or £1,000 and there was heightened traffic enforcement, so drivers know they would be caught.

Julie Townsend, Brake deputy chief executive, also urged action on hands-free phones. “Research shows that using a phone hands-free is about as risky as picking up the phone while driving, so this should be included within the ban and carry the same penalty,” she said.

However, fleets remain unconvinced. More than two-thirds (68%) of respondents to a TrackCompare poll believed a ban on the use of hands-free phones while driving would reduce their company’s turnover by more than 25%, while a third (36.9%) said they would expect to see revenues cut in half.

But more than 60% acknowledged that the use of a hands-free device while driving does distract drivers, with 21% agreeing that they contribute to serious accidents.