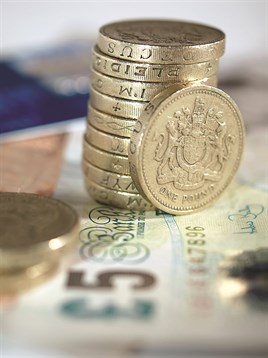 Fleet operators will need to ensure their vehicle management software system has multi currency capability in the event of an independent Scotland and it being unable to continue to use the pound, according to Jaama.

The fleet and asset management software company’s Key2 Vehicle Management technology is multi-currency, but the organisation says that many other systems on the market do not have that built in functionality.

The Scottish National Party says an independent Scotland would retain the pound, while Westminster has refused to countenance a currency union. Similarly, Bank of England governor Mark Carney has said that currency union would be “incompatible with sovereignty”.

The Scottish independence referendum take places this Thursday (September 18) and a “yes” vote could ultimately result in the introduction of an alternative currency to the pound and different tax rates to the rest of the United Kingdom.

Key2 is already used by a number of organisations based overseas including in the Republic of Ireland, the United Arab Emirates and other European countries, and by UK companies with vehicles operating abroad.

Key2 multi currency functions “behind the scenes” and recognises when quotes and invoices detailing fleet costs and taxes are received in a local currency. The technology automatically converts the figures into the base currency used by the fleet, which could, for example, be sterling or the euro.

Martin Evans, managing director of Jaama, said: “Key2 multi currency negates the requirement for fleet decision-makers to check currency rates and use their calculators to take account of costs received in a local currency.

“Key2 multi currency allows organisations to choose their base currency - in most cases that is sterling - reflecting the latest exchange rate. The system will then store quotes and invoices received in a local currency in its memory for future reference.

He continued: “Many fleet management software systems do not have multi currency capability and that could be an issue for many fleets in the event of Scotland gaining independence and new currency being adopted.”