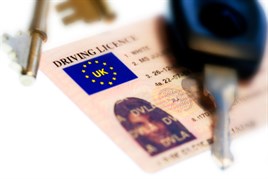 ACFO, the UK representative body for fleet decision-makers, is optimistic that the Driver and Vehicle Licensing Agency’s (DVLA) new online driver licence checking service will meet with the approval of operators.

ACFO members attended a private workshop during which they were able to put the new system through its paces and were impressed by its ease of use, straight-forward navigation and functionality.

However, those who attended the hour-long one-to-one workshop held in London also suggested a number of enhancements that the DVLA pledged to take on board.

The DVLA has already confirmed that its online driver licence service will be initially free to fleets when it goes live to coincide with the abolition of the paper counterpart of the photocard driving licence by January 1, 2015.

Known as the Share My Driving Record (SMDR) web-based service, ACFO has worked closely for many months with the DVLA on its development.

ACFO chairman John Pryor said: “ACFO members hugely welcomed the opportunity to engage directly with the DVLA and view its new service and deliver their own feedback.

“The fact that the DVLA is engaging closely with ACFO and listening to members underlines the high profile the organisation enjoys across Government departments.”

The SMDR will enable employers to view online individual employees’ eligibility to drive and the number of penalty points on their licence.

However, among the enhancements that ACFO members suggested could be made to the SMDR service ahead of its launch were:

• The ability to view a photo of the licence holder, their name and address, licence issue number and photo card expiry date.

• An ‘alert’ as soon as a driver receives additional points on their licence so fleet managers don’t have to wait possibly months until the next electronic check to find out.

Previously, ACFO has been concerned about security of the site, but members said their fears had been allayed on viewing the system.

Drivers are currently able to access the information the DVLA holds on their licence by inputting their driving licence number, National Insurance number and postcode.

However, it remains to be seen which access controls will apply to the SMDR with the DVLA saying that it is trialling a number of options and will continue to obtain feedback pending a final decision.

ACFO director Julie Jenner, who with Pryor has been liaising closely with the DVLA on the technology, said: “Database security is a major issue for ACFO.

“It is vital that access is tightly controlled and we will continue to discuss the issue with the DVLA. Nevertheless, we were delighted to hear from those members who viewed the system that security concerns may not be such a major issue as we first thought.”