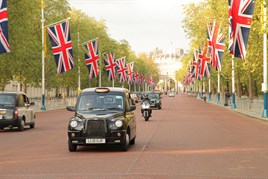 An ultra-low emission zone (ULEZ) could be expanded beyond central London if the capital’s boroughs get their way.

Labour’s London Assembly environment spokesperson Murad Qureshi has called for the Mayor to give London boroughs the ability to adopt the proposed ULEZ.

Qureshi said that without an expanded emission zone, vast swathes of London would be left to face a “needlessly toxic future”.

Under Boris Johnson’s current proposals, the ULEZ will apply to an area of the capital within the inner ring road and would still allow entry to the worst polluting vehicles subject to a £12.50 charge.

With the capital’s air pollution problem now estimated to contribute to the death of 7,500 people each year, the boroughs argue that the success of the ULEZ rests on its ability to lower emissions across the capital, not just in central areas.

Qureshi’s call for an expanded ULEZ already has the support of Camden, Southwark, Hackney and Lambeth Councils all of which have indicated their interest in joining an expanded emissions zone.

Writing in response to the ULEZ consultation, Qureshi highlighted that many of London’s pollution hot spots fall outside ULEZ border, citing Heathrow as a clear example given that 66% of the 69 million people who travel to the airport do so in cars or taxis which has a massive impact on the air quality of those living close to the airport.

In addition, London’s population is expected to hit 11 million by 2050, with virtually all of that growth set to come outside of the proposed ULEZ area.

Qureshi said: “For six years Boris Johnson has dodged the issue of air pollution. Whilst we desperately need policies to clean up the capital’s air, the Mayor’s ULEZ proposals leave a lot to be desired.

“Air pollution has no physical boundaries. By limiting the ULEZ to only the most central areas, everyone outside the zone will be left to suffer.

“The right to breathe clean air must apply to all Londoners and that is why it’s so important that boroughs are allowed to opt into the scheme.

“Without an opt-in, those outside of the proposed ultra-low emissions zone will face a needlessly toxic future.”

Hackney Council’s environment cabinet member, Cllr Feryal Demirci, said: "TfL’s ULEZ proposal is welcomed as a necessary first step to improve the capital’s air quality, responsible for thousands of deaths in the capital each year, and I would urge boroughs to support the proposal.

“However, whilst we agree that the ULEZ is cutting edge and innovative Hackney is concerned that the ULEZ proposals do not go far enough. In particular, the current proposals will not result in EU Air Quality targets being met across London.

“We feel it is outrageous that Hackney residents should be kept outside of this zone and continue to suffer the effects of poor air quality, frankly Hackney deserves better.”