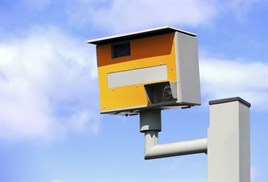 The Institute of Advanced Motorists (IAM) has highlighted the worst examples of excessive speeding caught on safety cameras across England and Wales in 2014.

Britain’s two worst speeders were caught at 146mph, both by Kent Police on the M25. One was travelling anti-clockwise at Junction 5 at Clacket Lane Services, the other going clockwise at Swanley.

But perhaps the most astounding figure was 128mph recorded on London Road, East Grinstead – a 30mph road, exceeding the limit by 98mph.

The statistics come from a Freedom of Information request made by the leading road safety charity to police forces in England and Wales. The IAM asked each police force for the highest recorded incidences of speed caught on safety cameras in 2014, including locations, speed limits and top speed in each case.

London’s worst speeder was recorded at 123mph on a 30mph road by the Metropolitan Police. The location has not been revealed as it is exempt under Section 31 of the Freedom of Information Act.

The highest figure recorded in a 50mph zone was 120mph, by Nottinghamshire Police on the A631 Beckingham Road.

And the worst speed caught on a 40mph road was 115mph on A10 Great Cambridge Road in Cheshunt, Hertfordshire.

The IAM’s fundamental belief as is that an improvement in driving skills and attitude is the key to reducing the numbers of people killed and injured on UK roads.

Sarah Sillars, IAM chief executive officer, said: “It is disheartening to say the least that some road users are showing such disregard for the safety of all other road users – pedestrians, cyclists, motorcyclists and other drivers.

“At speeds of 140mph an individual is travelling at nearly two-and-a-half miles a minute. At that speed it is simply impossible to react to anything that might happen in front of you.

“It is also impossible to handle corners, gradients, street furniture and junctions with any effectiveness. In short, all these individuals are playing with their own lives and others – they are all accidents waiting to happen and it requires a major shift in the attitudes of these people to think about safety.”

The full data is available here.