April update due for MG6 saloon 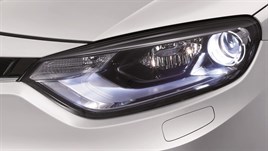 MG is to launch an updated MG6 model in the UK next month.

The original MG6 was launched in 2011, and the company says the 2015 update offers improvements across the board.

The 1.9-litre DTi-TECH diesel engine has been updated to offer lower CO2 levels and improved mpg figures. Exact figures will be revealed at the car’s launch.

Updates have been made to the body styling of the car, with interior upgrades and enhanced equipment levels.

The company claims the infotainment and navigation system rival others in the class.

Matthew Cheyne, MG’s head of marketing, said: “This is a totally different car to the original MG6 with a host of new technologies and major advances in every area.

“We will reveal the full story and prices when the car is unveiled shortly. But the mew MG6 is a big leap forward from the original car which has been the result of thousands of hours of dedicated work from our designers and engineers.”

He added: “The MG6 was always a comfortable, roomy car and offered rewarding driving.

“The new MG6 takes the car to a different level again with a host of great improvements and advances, most of which have never been seen before on an MG.

“With the MG3 selling really well, the New MG6 will give MG another great boost. Last year was a really significant year for MG in terms of sales performance, but 2015 is already shaping up to be a cracking year for MG.”