Northgate appoints head of operations for the South 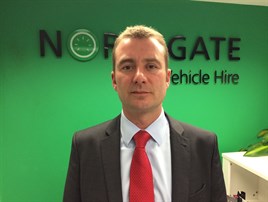 With nine branches having opened in the south over the past 24 months and further branches planned in London and Brighton,  Wilson will be tasked with overseeing southern operations.

Wilson has been appointed for his extensive managerial retail experience, having worked for household names such as Sainsbury’s, Go Outdoors, Makro, Co-op, Jessops and Dreams.

The company has also recently invested in a London management team, with the appointment of two area operations managers and two area sales managers.

Wilson said: “Northgate is an expanding national company, with a strong value proposition in Northgate’s flexible vehicle hire product. I am delighted to be part of such a forward thinking and ambitious company and look forward to securing Northgate’s future growth in the south.”

Stephen Branch, UK operations director at Northgate Vehicle Hire, said: “The investment that has been made in the south of the UK and specifically London over the past 24 months has been critical in allowing us to secure a stronger presence. With such rapid growth it’s vital that we have an effective management structure in place to be able to deliver Northgate’s flexible offering.”

He continued: “Given Andrew’s extensive management experience and ability, we are very pleased to extend his responsibilities across the south of the country and to welcome him to the Senior Operations Management Team at Northgate. I am sure he will be a real driving force for our southern branches.”