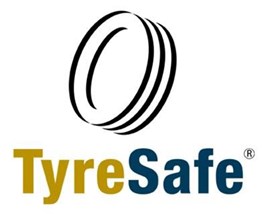 The East Midlands Operational Support Service (EMOpSS) has lent its support to Tyresafe to raise awareness of the importance of correct tyre maintenance.

EMOpSS’ support for Tyresafe underlines the importance the service places on road safety and the need for motorists to regularly carry out tyre maintenance checks, to reduce the risk of an incident on the road.

Stuart Jackson, chairman of Tyresafe, said: “Over the past ten years, Tyresafe has helped reduce the number of tyre-related incidents on Britain’s roads by 31% yet more than 1,100 people are still killed or injured as a result of accidents caused by defective or illegal tyres every year.

“Tyresafe’s work to educate motorists on the need for them to carry out regular checks to minimise the potential risks of tyre failure wouldn’t be possible without its extensive network of supporters, which includes many blue-light services.”

Tyres cause more accidents resulting in casualties than any other vehicle defect, yet Tyresafe research highlights a poor attitude to tyre safety among Britain’s motorists.

It showed that one in five drivers admitted to never having checked their tyres while over a quarter of all tyres nationally are already illegal when owners finally replace them.

In the UK, a driver can receive a fixed penalty of three-points on their licence and be fined up to £2,500 for each tyre found to be below the 1.6mm legal minimum tread depth.

Chief inspector Phil Vickers from EMOpSS, said; “The four EMOpSS police forces are committed to reducing the number of people killed and seriously injured on the roads of the East Midlands.  EMOpSS officers go to collisions where people suffer as a result of poor vehicle maintenance or failing to carry out a simple tyre condition and tread check on a regular basis.

“We are pleased to be working with Tyresafe to raise awareness of the preventative steps road users can take to stay safe –it’s very frustrating for officers who attend a collision which could have been prevented with just a little effort.”