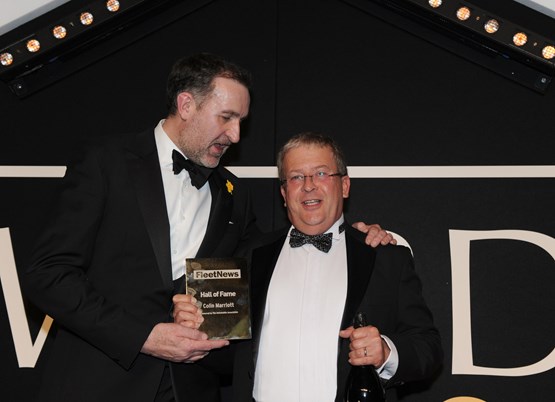 Attention to detail is one of Colin Marriott’s greatest assets. It was forged in the naval dockyards in Portsmouth, where he was apprentice of the year for two consecutive years, and developed as he moved to the then VOSA and the vehicle inspectorate.

While there, Marriott carried out numerous accident investigations which fuelled a lifelong passion for road safety.

His first fleet role was as fleet engineer at the gas board, which became British Gas in 1986. For the past 26 years, he has headed the British Gas fleet.

During that time, he has championed the development of many road safety initiatives and provided advice to other large fleets, helping them to reduce their own road risk. He has sat on a number of committees where he has actively campaigned for a safer fleet industry.

Numerous fleet firsts include the roll-out of speed limiters in 2006 on the van fleet, the introduction of winter tyres and electric vehicle trials which lead to the creation of the UK’s biggest EV fleet. One of his last tasks as fleet manager was to implement a complete ban on the use of mobile devices while driving.

Marriott also created a Young Driver Academy, realising the high risk young drivers pose to a company, to give them greater levels of support in their early driving years.

Away from fleet, Marriott is an active supporter of Cancer Research having lost family and close friends to the disease. He also supports the poppy appeal and managed to get the whole fleet adorned with the poppy appeal livery on the rear doors.

Colleagues describe him as “a true pioneer and enormous credit to our industry” and say that his retirement means the fleet sector has lost a true “legend”.

Marriott, a Fleet News Awards judge for several years, is typically humble about his achievements. “I am an engineer by trade and at heart,” he says. “British Gas has taught me how to lead and develop a team and that is hugely rewarding. Encouraging staff to explore new avenues is very satisfying. I also take that attitude with suppliers and treat everyone fairly and effectively.”

Picture caption: Colin Marriott (right) is welcomed into the hall of fame by Stuart Thomas, head of fleet services and SME at The AA