A fifth of UK motorists have admitted to breaking the law and using their mobiles phones behind the wheel of a car, a poll has revealed.

Research surrounding Britain’s most hated tech habits has found that 84.3% find people using their mobile phone while driving annoying, with 19.10% admitting to doing it themselves.

The poll by Protect Your Bubble asked 2,005 UK adults about their technical faux pas, and found that 21.6% of men admitted to driving using their phone compared to 18.2% of women. 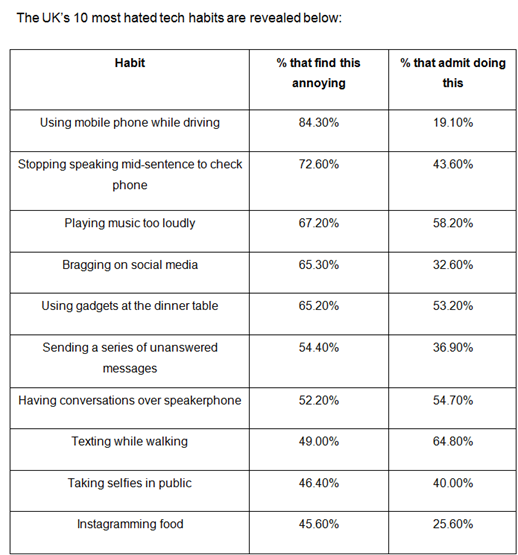 Protect Your Bubble’s director James Brown said: “It’s not surprising to see mobile phone use while driving topping the list of bad tech habits given how dangerous it is.

"What is shocking, however, is just how many Brits admit to using their phone at the wheel.

“We all know that gadgets can prove to be a distraction in the car, so it’s worrying to see that such a significant number still choose to use their phones while driving.”

New RAC research has found a hard-core of motorists still admit to flouting the law by habitually using their handheld phones while driving.

Phones in cars: Too soon to ban hands-free kits?