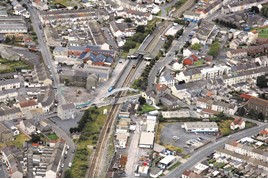 The one-off cost of clearing the total maintenance backlog for the near 72,000 council-managed road bridges in Great Britain has increased by a third.

Analysis by the RAC Foundation of data for the 2017-18 financial year shows that an estimated £6.7 billion is needed to carry out all the work that would be required on the tens of thousands of local authority bridges (defined as structures over 1.5m in span). This is up from £5bn a year earlier (2016-17).

The study is based on data provided by 200 (out of a total of 207) councils across England, Scotland and Wales.

Substandard means unable to carry the heaviest vehicles now seen on our roads, including lorries of up to 44 tonnes.

Many of the substandard bridges are subject to weight restrictions. Others will be under programmes of increased monitoring or even managed decline.

Between them, councils say they would ideally want to bring 2,026 (64%) of the 3,177 substandard bridges back up to full carrying capacity. However, budget restrictions mean they anticipate that only 343 of these will have the necessary work carried out on them within the next five years.

The survey of local highways authorities was carried out by the RAC Foundation with the help of the National Bridges Group of ADEPT (the Association of Directors of Environment, Economics, Planning and Transportation).

“While we should draw some comfort from the good knowledge highway authorities have about the strength and structural integrity of their bridges, the fact is that many thousands are subject to enhanced monitoring, speed and weight restrictions, and the cost of bringing them up to scratch is continuing to mount.

“Ancient bridges on rural back roads might not be the highest priority for repair, but the risk we run is that sub-standard structures on some roads result in heavier vehicles having to make lengthy detours.”

The ten councils in Britain with the highest number of substandard bridges are:

The ten councils in Britain with the highest proportion of substandard bridges are:

Despite the financial pressures, annual expenditure by councils on maintaining bridges rose from an estimated £367 million in 2016-17 to £598 million in 2017-18.

While no local authority manages structures directly technically comparable with the bridge that collapsed in Genoa in August 2018, they do have are a number of so-called post-tensioned (PT) bridges with hidden cables.

The number of PT bridges that are local-authority managed and how many require inspections:

The RAC Foundation also asked national roads authorities how their bridges were faring:

Kevin Dentith, chair of the ADEPT National Bridges Group, said: “Bridge maintenance is about priority. In large rural counties, like my own authority, Devon, there will be structures that on paper fall short of current design standards, however they are never likely to be strengthened because they carry little more traffic than the odd car and tractor.

“There is a serious issue around so-called post-tensioned bridges. Whilst these are not directly comparable in technical terms to the bridge that collapsed in Genoa they do require intrusive examination, something many of them will never have had because of a lack of funding, expertise or both.

“Hopefully some of the Department for Transport’s £200m Challenge Fund set aside for 2019-21 will be used to prioritise this work.”

Highways England has insisted that safety is its number one priority after a bridge collapse in Italy left at least 38 people dead.