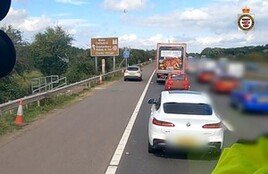 The Renualt Captur driver avoided three lanes of stationary traffic by travelling up the hard shoulder between junction 24 for Bridgwater and junction 23 for Highbridge.

It was one of 240 offences captured during the initiative. Police officers also caught 64 drivers using their hand-held devices illegally or resting on their laps and 41 failing to wear a seatbelt. 23 speeding offences were recorded.

As part of a national Operation Tramline programme, police forces across the country have been employing the unmarked National Highways’ HGV cabs on regular safety operations across the strategic road network since 2015, and last-month south east forces patrolled the M25 as part of Operation Orbital.

National Highways head of road safety Jeremy Phillips said: “Our aim through this campaign was to make not only the M5 and M4 but all of our roads in the South West safer by raising awareness and encouraging motorists to consider their driving behaviour.

“The HGV cabs helped the police to identify hundreds of dangerous drivers who could have caused collisions and harm if they hadn’t been pulled over. The Driver and Vehicle Standards Agency also intervened to take dangerous vehicles off the road, and our safety advice given at motorway services and through the campaign also helped.

“We are confident that, working together with our road safety partners, this campaign has helped spread our safety messages to drivers but also raised awareness that those who engage in high risk behaviours can expect to be spotted and, if an offence has been committed, action will be taken by our enforcement partners.” 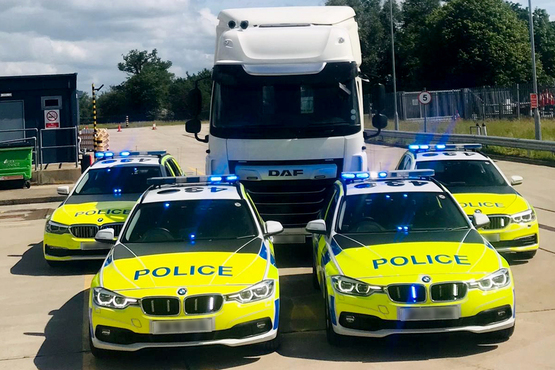 A national police campaign to target illegal mobile phone use by drivers started this week.

National Highways (formerly known as Highways England) has announced its van driver toolkit is set to benefit from new features.