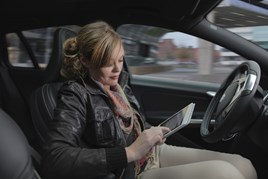 Users of autonomous vehicles should be legally protected in event of a collision, a new report suggests.

The Law Commission of England and Wales and the Scottish Law Commission have published a joint report, making recommendations for the safe and responsible introduction of self-driving vehicles.

Under the Law Commissions’ proposals, when a car is authorised by a regulatory agency as having “self-driving features” and those features are in-use, the person in the driving seat would no longer be responsible for how the car drives. Instead, the company or body that obtained the authorisation - typically the vehicle manufacturer should face regulatory sanctions if anything goes wrong.

The report recommends introducing a new Automated Vehicles Act, to regulate vehicles that can drive themselves and suggests that a clear distinction should be made between features which just assist drivers, such as adaptive cruise control, and those that are self-driving.

Nicholas Paines QC, public law commissioner, said: “We have an unprecedented opportunity to promote public acceptance of automated vehicles with our recommendations on safety assurance and clarify legal liability. We can also make sure accessibility, especially for older and disabled people, is prioritised from the outset.”

The report follows a consultation into the legal ramifications of autonomous driving technology.

The person in the driving seat would no longer be a driver but a “user-in-charge”. A user-in-charge cannot be prosecuted for offences which arise directly from the driving task. They would have immunity from a wide range of offences - from dangerous driving to exceeding the speed limit or running a red light.

However, the user-in-charge would retain other driver duties, such as carrying insurance, checking loads or ensuring that children wear seat belts.

If the vehicle drives in a way which would be criminal or unsafe if performed by a human driver, an in-use regulator would work with the carmaker to ensure that the matter does not recur. Regulatory sanctions would also be available to the regulator.

In the case of autonomous taxis or minibuses, where there is no driver, any occupants of the vehicle would simply be passengers. Instead of having a ‘user-in-charge’, a licensed operator would be responsible for overseeing the journey.

Matthew Avery, chief research strategy officer at Thatcham Research, an organisation which was part of the consultation for the Law Commissions’ report, said: “The transition to safe introduction of automation with self-driving capabilities is fraught with risk as we enter the early stages of adoption. Today’s report is a significant step, as it provides important legal recommendations and clarity for the safe deployment of vehicles with self-driving features onto the UK’s roads.

“In the next 12 months, we’re likely to see the first iterations of self-driving features on cars on UK roads.  It’s significant that the Law Commission report highlights driver’s legal obligations and they understand that their vehicle is not yet fully self-driving.  It has self-driving features that, in the near future, will be limited to motorway use at low speeds.

“The driver will need to be available to take back control at any time, won’t be permitted to sleep or use their mobile phones, the vehicle won’t be able to change lanes and if the driver does not take back control, when requested, it will stop in lane on the motorway.  It is critical that early adopters understand these limitations and their legal obligations.”

The report has been laid before Parliament and the Scottish Parliament. It will be for the UK, Scottish and Welsh Governments to decide whether to accept the Commissions’ recommendations and introduce legislation to bring them into effect.

Recommendations for autonomous vehicle laws to be announced

Recommendations for who will be legally liable if an autonomous vehicle commits an offence are set to be published by the Law Commission by the end of the year.