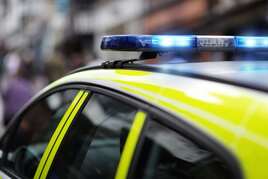 Thieves take the vehicles using relay technology to receive the signal from a key inside a house and transfer it to a portable device, allowing them to unlock and drive the car.

Tracker’s data reveals that London is the place where cars were most frequently stolen and recovered. The West Midlands, Manchester, Essex and Kent complete the  top five regions for vehicle theft and recovery.

Northern territories like South Yorkshire, West Yorkshire, Lancashire and Merseyside also proved popular regions for criminals wanting to steal cars. However, the home county of Surrey with a close proximity to London, also appears in the top 10.

Four-wheeled drive vehicles were the most popular choice of cars targeted by thieves in the top five regions, apart from Manchester. When analysing Tracker’s data of the top five types of vehicles stolen in each region, criminals in Manchester clearly have a desire for sportier models such as the Audi A4 Sport Cabriolet and Jaguar XF.

Clive Wain, head of police liaison for Tracker, said: “The five regions topping our most stolen and recovered league table are the largest populated counties in the country, which accounts for their high level of theft activity. In addition, London provides some great corridor routes through Kent and Essex to key shipping ports where criminals load desirable cars into containers to be shipped to Europe, Africa and the Middle East.

“2021 continued to see the fall out of Covid-19 restrictions, with January and February proving quieter months for criminals stealing cars due to the lockdown.  However, as the year went on, we saw a significant rise in cars being stolen.  This was made worse by the shortage in car spare parts worldwide, as criminals quickly recognised how lucrative it was to steal cars specifically for their parts. As a result, there was an increase in ‘chop shops’ being set up across the UK. These buildings are equipped to strip down stolen vehicles for their expensive parts which are then sold on very lucratively.”

The threat of criminals stealing cars in 2022 is just as prevalent, wans Tracker. It recommends that vehicles are protected using visual deterrents, such as crook locks and wheel clamps, as well as CCTV and immobilisers.

Jonathon Eaves, managing director SVT and traffic services at Teletrac Navman, looks at trends in the ‘theft market’ to analyse and predict behaviour.