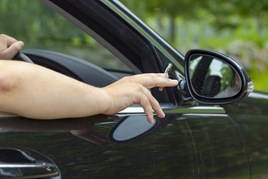 Drivers of vehicles where a child is present are now banned from smoking by law across England and Wales, from today.

The law comes into force to attempt to reduce passive smoking, as the British Lung Foundation says 430,000 children are exposed to second-hand smoke in cars each week.

The rule change follows a ban on smoking in public places in England, Wales and Northern Ireland in 2007, that affected company car drivers of vehicles used by more than one employee, though many fleets now employ a blanket ban on smoking in vehicles.

However Steve White, chairman of the Police Federation, told BBC Radio 4's Today programme that the new law would be difficult to enforce.

"The reality of the situation is we are struggling to attend burglaries.