Almost half of parking and bus lane fine appeals successful 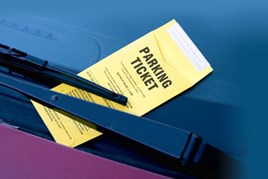 Four out of 10 drivers who challenged parking and bus lane fines issued by councils were successful, figures suggest.

The figures, released under the Freedom of Information Act, revealed that out of almost 4.3 million appeals, 1.8 million succeeded.

They show 84 councils accepted more than half of challenges, with Basingstoke and Deane council overturning fines in 90% of appeals, according to the BBC.

Aberdeenshire had the highest rate of successful appeals in Scotland, overturning 70% of challenged fines.

Councils say that fines are not about making money and that income from on-street parking charges and fines goes back into running parking services, with any surplus spent on transport projects.

Kelly Communications employs specialised staff to deal with its parking infringements and has successfully cancelled tickets worth £2.7m since 2011, when it set up the dedicated resource.

Last year alone, the company avoided paying £277,000 in parking charges incurred by its 1,800-strong fleet, with 63% of tickets overturned.

Councillor Martin Tett, transport spokesman for the Local Government Association, told the BBC: "As these figures confirm, people who want to challenge a parking fine have access to a clear and effective appeals process.

"Councils have to strike a difficult balance when setting parking policy, to make sure that there are spaces available for residents, high streets are kept vibrant and traffic is kept moving. They also need to ensure that emergency vehicles can get access to incidents quickly."

The BBC sent Freedom of Information requests to every British local authority and the Northern Ireland Department for Infrastructure.

It received full data for challenges between 2012 and 2017 from 245 authorities. The data can be viewed here.

Fleets are being urged to proactively manage parking infringements after English councils made a record £819m from their parking operations in the past financial year.

Drivers were issued with a record number of parking tickets on private land in the third quarter of 2017-18, according to Government data.

UK motorists are in full support of the private parking industry code of practice bill due to “bad reputation” of private companies.