New tax relief and the plug-in van grant: talking points at the March Fleet News at 10 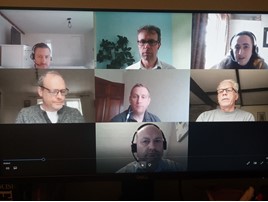 The new 130% super-deduction tax relief announced by the Chancellor in the Budget could see more businesses decide to buy outright to take advantage of the potential savings, according to the March broadcast of the Fleet News at 10.

Panellists criticised the Government decision to reduce without notice the plug-in van grant from £8,000 to £3,000 for small vans and £6,000 for large vans, with fleets agreeing that the impact would be much greater than the decision to cut the grant for cars.

Matt Hammond, head of fleet, Altrad Services, said: “It’s massive on the vans - there’s a gulf between ICE and EVs, especially for a fleet like mine which is a lower mileage fleet. It will have an impact on our EV van roll out; we had a target, it’s probably going to push us back at least six months.”

Lorna McAtear added: “Vans are three years behind at least in terms of supply chain, in terms of advancement, in terms of payload, so it’s harder to do that justification. It makes a massive impact on the vehicles I’m purchasing and the allowances I’ve got, but there are other thing coming in now like the 130% write down.”

Often, where the Government takes with one hand, it gives with the other, and the panel debated McAtear’s point around the positive upside from the 130% super-deduction tax relief announced in the Budget for vans trucks and some elements of electric infrastructure.

Explaining the rules, Paul Hollick, chair of the Association of Fleet Professionals, and qualified accountant, said: “Crudely, you spend £100 on equipment and at the end of the tax year you can knock £130 off your tax bill.”

With the two-year tax relief scheme available to end-user fleet operators, under the same criteria as the writing down allowance, he added: “I think there will be an increase in fleets buying more vans to be able to knock off the capital allowance cost.”

Meanwhile, leasing companies – if they can’t claim back on an operating lease - could be “dusting down products like contract purchase and hire purchase which are ownership models leases where the capital allowance can be claimed by the lessee rather than the lessor”.

Hollick also confirmed that the super-deduction could be applied to electric vehicle workplace charge points, and might also apply to home chargers funded by the company, although AFP was waiting for HMRC to verify whether it also included the cost of the groundworks to install the kit.

Listen to the Fleet News At 10 webinar

The panel also deliberated the potentially widescale implications of the Coca Cola versus HMRC case on treating vans as cars for benefit-in-kind – it’s something that all fleets running crew vans need to be aware of, including an important definition about glazing.

FULL LIST OF TOPICS AT THE MARCH FLEET NEWS AT 10: