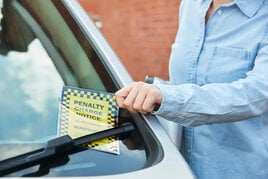 A new code of practice for the private parking sector has been launched following years of campaigning for a fairer system for drivers.

The RAC, which supports the move, says that the new Private Parking Code of Practice outlines minimum standards expected by private parking operators and should root out the more dubious practices that have been prevalent by some operators in the sector.

Furthermore, a new national appeals system will be introduced to make it simpler for drivers to fight charges they believe are unfair.

RAC head of roads policy Nicholas Lyes said: “The RAC has campaigned for years to end the sharp practices in the private parking sector, so we welcome the new national code that will usher in higher standards.

“Alongside this, drivers can expect a lower cap on penalty charge notices, an independent appeals system and an end to rip-off debt collection fees.”

The range of measures announced aim to reduce the maximum parking charge notice to £50 in most cases outside of London, with a 50% discount for early payment. The upper £100 limit for more serious breaches will be kept.

There will be a ban on parking debt collectors from charging additional fees when parking charge notices are not paid and a compulsory 10-minute grace period before firms can issue a late fine along with a compulsory five-minute cooling-off period in which a motorist can consider the terms and conditions, and change their mind about parking.

The code of practice also says that operators must improve standards on signage, conditions of parking and make it clearer on how to appeal a charge.

In addition, it will crackdown on parking firms using aggressive or pseudo-legal language to intimidate motorists into paying fines.

Lyes says that it will and create a much more level playing field, reducing “hassle and stress” while at the same time forcing rogue operators to clean up their acts.

He continued: “Since clamping was banned on private land, there has been a shift to ticketing instead, with the number of parking charge notices being issued rising year-on-year at alarming levels.

“While some of these are justified, others are not and sadly in many cases drivers simply pay up in fear of the consequences, particularly given that follow-up letters can use threatening and intimidating language.”

RAC research found that nearly three-quarters (73%) of drivers wanted the sector to be brought under some form of regulation.

Lyes said: “This package of measures is not about stopping parking operators doing their jobs, it’s about creating a system that is fair and transparent for all."

The RAC called on the Government and MPs to act after being contacted by drivers who felt the actions of private parking companies were entirely unreasonable.

For instance, the RAC heard of how parking charge notices were issued for, at best, very minor breaches of car park terms and conditions, and, at worst, for reasons that were simply inexplicable.

This ranged from minor keying errors at payment machines to people receiving a charge for overstaying by seconds.

In addition to this, some operators were incentivising third parties by offering them financial incentives for issuing parking charge notices.

In 2017, Sir Greg Knight MP introduced the Parking (Code of Practice) Bill, which received Royal Assent in 2019 with cross-party backing and Government support.