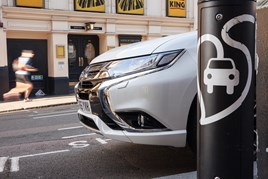 Almost a quarter (23%) of UK firms would prefer to pay a charge than invest in upgraded fleets to operate in clean air zones, according to RAC Business research.

RAC Business has found a significant number of UK firms expect to be punished financially by the introduction of schemes such as the Ultra Low Emission Zone, or ULEZ, set to go live in London progressively from 2018, with cars and light commercial vehicles affected from 2020.

The survey of 500 UK businesses, showed that 27% of firms run fleets with vehicles that already comply with the standards required by London’s ULEZ.

However, a further 23% say it will cost less to accept a charge each time they drive into the zone than it would to upgrade their vehicles.

Drivers in vehicles that would be subject to charges could be paying £12.50 for cars and up to £100 for HGVs in London’s proposed ULEZ.

Almost one in 10 (8.5%) say they cannot afford to upgrade their vehicles in order to avoid the charges, and 5% say they will have to operate their business outside of the ULEZ or areas affected by similar schemes elsewhere.

One in five businesses said they would expect their leasing firms to supply greener vehicles that already comply with the new regulations, which for vans and lorries will be the Euro 6 standard.

15% said they would invest in new technology such as electric and hybrid vehicles.

RAC Business corporate sales director Jenny Powley said: “It may be three years before the first Ultra Low Emission Zone goes live in London and five before cars and light commercial vehicles are affected, but the results of our research suggest there is still a lot of work to be done to ensure businesses are ready for the changes that could be mirrored across the country.

“It is a concern that there are a large proportion of businesses prepared to pay the charges instead of looking at alternative vehicles. This is presumably because they think it will be more cost-effective to keep their old vehicles and pay the charges that they will be subject to, rather than invest in new compliant vehicles.

“But in fact a lorry driving into central London once a week would cost a business an extra £5,200 a year and a car making a daily trip would cost the business, or individual, an extra £3,000 per year in charges.

“It’s a false economy to think you might save money by not ensuring your fleet is ready, but we can see that smaller businesses in particular will have concerns about the cost implication. That is why as an industry we need to be looking at how this transition is made without some firms feeling like they are being penalised unfairly.”