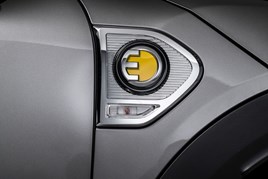 Rising pump prices for petrol and diesel in recent months could help to speed the adoption of plug-in vehicles by fleets, according to Arval.

Petrol and diesel prices have risen by around 10 pence per litre since the start of the year and the falling value of the pound is likely to create further pressure.

Shaun Sadlier, head of consulting at Arval UK, said: “Rising fuel prices tend to have a two stage impact on fleets. The first is to look at the basics of fuel management – ensuring that fuel cards are being used, the data produced analysed, inefficient vehicles and drivers identified, and sensible strategies put in place.

“In the medium to longer term, however, rising fuel prices generally create a need to identify vehicle choices that offer greater fuel economy for businesses and their drivers.

“At the moment, we are unlikely to see anything other than incremental fuel cost advantages gained from petrol and diesel technology but plug-in vehicles offer a genuine step change when it comes to fuel costs. Compared to conventional drivetrain technology, the cost of charging an EV is almost negligible.”

Sadlier said that, if fuel prices continued to rise, it was possible to envisage reaching a tipping point where electric vehicle range would become viable for more fleets.

“Within a few years, we have seen a situation develop where the typical electric car range has effectively doubled from around 100 miles to nearer 200 and several planned models look set to exceed this by some distance. Plug-in hybrids also provide an attractive middle ground for many drivers, combining efficiency with practicality.

“Our view is that, at a certain point, fleet adoption rates of EVs will significantly increase and, alongside range, high fuel prices will inevitably play a major part in this decision-making process.

“Identifying the exact range and fuel pump price at which this will start to happen is not completely clear but certainly, once EVs get to a range of around 300 miles, we will probably be somewhere in the right neighbourhood.

“These are exciting times. Very soon fleets could be part of a revolution that will see the most radical shift in drivetrain technology in more than a century of motoring.”