New regulations to ‘double’ the use of renewable fuels by 2020 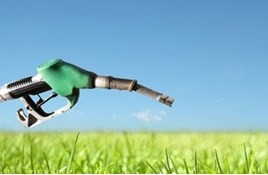 Tough new biofuel targets came into force on Sunday (April 2018) which will double the use of renewable fuels in the UK transport sector within 15 years, cutting the sector’s reliance on imported diesel.

Changes to the Renewable Transport Fuel Obligation (RTFO) will compel owners of transport fuel who supply at least 450,000 litres a year or more, to make sure the mix is at least 12.4% biofuel by 2032.

Currently the industry, which supplies fuel to transport companies such as haulage firms and airlines, is only expected to meet a target of 4.75% biofuel.

The Government is also challenging the sector to reduce greenhouse gas emissions by 6% by 2020 – which coupled with the RTFO changes will support the UK’s low carbon fuel industry while helping make sure the UK transport sector is one of the most sustainable in the world.

Transport minister Jesse Norman said: “We are committed to reducing carbon emissions from transport to tackle climate change, and to making the sector as sustainable as possible. Increasing our use of renewable fuels is a key part of this.

“The changes we are introducing will double our carbon emissions savings from the RTFO scheme by doubling the use of renewable fuels and reducing reliance on imported fossil diesel. This will deliver emissions savings equal to taking hundreds of thousands of cars off the road.”

The changes to the RTFO scheme will also, for the first time, reward and support the production of sustainable renewable aviation fuels in the UK.

The key changes to the scheme are:

Nina Skorupska, chief executive of the Renewable Energy Association, said: “We welcome the increased targets for renewable transport fuels and are excited by the new regulations which will encourage the production of novel fuels for hard-to-decarbonise sectors.

“The UK’s renewable fuels have excellent environmental credentials and their manufacture supports almost 1,000 direct jobs, many of which are in the north-east.

“As transport is now the UK’s largest source of greenhouse gas emissions and air quality concerns are growing, this makes the transition to a cleaner system an imperative.”

The majority of the biofuel used in the UK comes from waste. By introducing new targets, the RTFO promotes the development of cutting edge technologies to turn waste into valuable low carbon fuels, says the Government.

The changes are in addition to the £22 million of Government funding available to industry to develop waste-based advanced low carbon fuels in the UK for aviation and freight.

The new RTFO will contribute a third of the total savings from transport for the UK’s carbon budget, it said.

Paul Holland, chief operating officer at Fleetcor, said: “Fleetcor welcomes the government’s imminent change to the UK Renewable Transport Fuel Obligations Order, which will increase the proportion of biofuel in each litre of road transport fuel from 4.75% to 7.25%.

"We would also emphasise that this is not a new piece of legislation. The mandatory increase in biofuel proportion had already risen by 0.5% between 2010 and 2012, and by 0.25% from 2012 to 2013, before plateauing at 4.75% until now. As a result, the significantly larger increase of 2.5% has caused concern amongst some industry stakeholders around a subsequent increase in fuel costs for both businesses and consumers.

"In response to these concerns, whilst cost increases are never welcome, the impact of this change affects all and is clearly an important step in addressing critical environmental challenges.

“The RTFO order is a key aspect of the government’s 15-year plan to reduce carbon emissions, and is a positive step to delivering higher levels of renewable transport fuels.

"As the leading provider of fuel cards in the UK, we would continue to encourage fuel providers to commit to the production of high-quality fuels with a view to reducing the adverse environmental footprint, in line with Government’s guidelines. Doing so will help steer the industry to a future that is both environmentally friendly and efficient.’’

Technology enters a new phase with new refuelling points at conventional filling stations and new money to support the purchase of vehicles for some fleets.