New diesels found to be 71% cleaner than petrol models

Was this article useful?
18 people found this useful 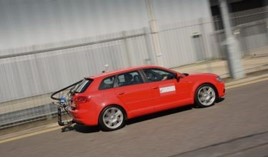 The organisation, which complies the EQUA Index for emissions conformity, uses a Portable Emissions Measuring System (PEMS) that tests the actual tailpipe emissions on the road.

When looking at Nitrogen Oxide (NOx) specifically, Emissions Analytics found average emissions were 48mg/km, meaning the cleanest diesels are getting close to the average NOx emissions from new petrol vehicles, which is 36mg/km.

Even before RDE, Emissions Analytics found that at least 30 diesel models achieved real-world emissions of 80mg/km or less.

The lowest NOx emission recorded so far this year is the 2017 model year Mercedes CLS, with selective catalytic reduction after-treatment and type-approved for 6d-temp, which recorded 15mg of NOx per km.

Emissions Analytics says that in around 10 years the majority of diesels on the road are likely to be of the cleaner variety and that the current figures suggest a switch to petrol vehicles may not deliver the desired long-term air quality improvements.

It warns policy makers to be careful not to chase the past, but rather understand the models – with their emissions and fuel economy characteristics – that are already coming through, whether they be diesel, gasoline, hybrid or electric.

Euro 6 vehicles continue to deliver drastically different results when tested in the real world according to the latest additions to EQUA Air Quality Index.