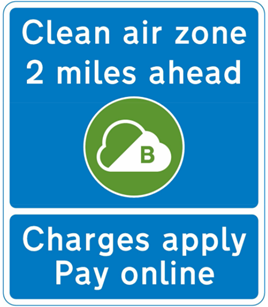 Leeds City Council has suspended the introduction of its Clean Air Zone (CAZ) while it re-assesses the air quality issues in the city.

As a result of the coronavirus pandemic, pollution levels in Leeds have fallen significantly. If the city’s air pollution levels remain below legal limits then the council will no longer have the support of Government to introduce its CAZ.

Councillor James Lewis, deputy leader for Leeds City Council, said: “Given this uncertainty, our financial support will continue to be paused until the review is complete and we have received further direction.

“I recognise that at an already uncertain time, this latest update will be frustrating for many businesses. However, I would like to ask drivers and operators for their continued patience whilst we carry out this urgent review. I hope to be able to clarify the future of the Leeds CAZ in the Autumn.”

Leeds City Council is now working closely with central government to review the long term impact that the pandemic and these other factors will have on the city’s air quality to understand whether pollution will ever reach illegal levels.

Lewis added: “Leeds residents now breathe air that is considerably cleaner and safer than just a few months ago.

“Coronavirus has led to big changes but, thanks to the city’s collective action, local air quality has actually been improving for some time.”

Many of the city’s buses, taxis, private hire and businesses are now using cleaner vehicles and it has accelerated highways schemes that will reduce traffic and create more space for cyclists and pedestrians.

The council is also investing in public transport infrastructure as part of its £270 million Connecting Leeds transport programme and has introduced policies and schemes to support the uptake of electric and low emission vehicles.

Non-Euro VI HGVs, buses and coaches faced a £50 daily charge for driving in the zone, while non-Euro 6 diesel and non-Euro 4 petrol taxis and private hire vehicles would have incurred a £12.50 charge. Private vehicles would not be charged.

Coronavirus: No clean air zones until 2021

The introduction of clean air zones (CAZs) is to be delayed until the Government overcomes the COVID-19 pandemic.