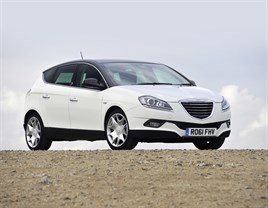 Fleets operating Chrysler models have been assured that the value of their vehicles is unlikely to plummet when the car firm backs out of Britain.

Forecasters are predicting that the decision to exit the UK market should have only a ‘marginal’ impact on residuals, because successive years of falling sales levels have effectively turned the US manufacturer’s distinctive range of saloon, sports car and multi-purpose vehicles into niche models.

Last year, Chrysler’s sales were down 21% with the brand registering 1,982 units. Of those, around 500 were to fleets. There are an estimated 2,000 Chryslers currently on company fleets.

Fiat Chrysler Automobiles (FCA) group is refusing to make further comment on its announcement that Chrysler’s market presence of more than 50 years here is coming to an end.

However, the continued involvement of FCA dealerships in scheduled maintenance work means customers should have no concerns about operating vehicles after the withdrawal deadline in 2017.

A spokesman told Fleet News: “Nothing is set to change with regard to servicing, parts and warranty work. All these will continue to operate as they do now.”

When it withdrew the Delta hatchback model, little more than 12 months ago, FCA pledged that Chrysler products would continue to be offered in Britain, but executives reached the decision to pull the plug on the brand after sales volumes sank.

“In view of the sales performance, I think the decision to stop sales activities here is a wise one and I can’t see it having much effect on prices – they may drop a little and then hold,” said CAP Automotive manufacturer relations manager Martin Ward.

“That’s what happened when Saab came to the end of the road here. But the difference in this case is that parts and service will be guaranteed, because FCA group dealers will be able to source parts and look after servicing, so operators seem to be facing no problems in future.”

Ward highlighted how there was no real dip in values when Chevrolet disappeared from the showrooms. “The fact is that Chevrolet models are still selling and people are still buying the 75 and 45 models built by Rover, which went out of business years ago,” he said.

“Despite this news, Chrysler’s best-seller, the seven-seat Grand Voyager, will continue to be popular as a new vehicle and as a used vehicle, regardless of age and mileage.”

Rupert Pontin, head of valuations at Glass’s, added: “It is sad to see Chrysler withdraw – every market needs variety and choice and the company has offered some excellent and desirable product over the years.

“With the Voyager, Grand Voyager and 300C, the brand has become known for larger niche models and putting its name on the Lancia Delta and Ypsilon cars was always going to be difficult. In the end, it proved to be a step too far. There is no doubt that used values will be affected, but less than you’d expect due to the nature of the product and the volumes in the market.”

After it took control of the Coventry-based Rootes Group and the Simca operations in France in the 1960s, the US company enjoyed double European Car of the Year honours with the Alpine in 1976 and the Horizon three years later.

Despite that, Ford and GM – bitter rivals in Chrysler’s domestic market – proved to be consistently more popular with UK buyers. However, a decision to introduce a European version of the Dodge Caravan found greater success as a niche product for fleets when it arrived in 1988, seven years ahead of the Ford Galaxy. Called Voyager, it was spacious and had the innovative packaging that allowed it to be a multi-purpose family car as well as a luxury minibus for hotel and airport transport.