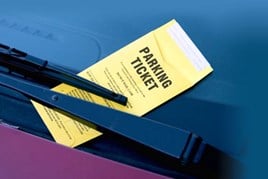 A legal battle over how much drivers are charged when they overstay a parking space time limit on private land is to go to the supreme court.

The court of appeal has ruled that an  £85 parking charge imposed on a driver who had overstayed a permitted two-hour period of free  parking in a shopping centre car park was not “extravagant or unconscionable”.

The motorist, Barry Beavis, who had parked in the Riverside Retail Park in Chelmsford, overstayed the time limit by almost one hour.

As a result, Parking Eye, which manages the car park on behalf of retail park owners the British Airways Pension Fund, levied the charge.

Beavis has now decided to take the case to the supreme court, the UK’s highest court. He is being supported by the Consumers’ Association.

Richard Lloyd, editor of the association’s Which? publication, said: “We are concerned this decision waters down the law on penalty charges and may encourage excessive default charges across a wide range of consumer markets.

“Given the possible ramifications of this case for all consumers, we will be looking to intervene again in the supreme court hearing.”

In a statement, Parking Eye said that the court of appeal’s verdict made it clear that the company was “not extravagant or unconscionable” and that the charge “was neither improper in its purpose nor manifestly excessive in amount”.

The statement added that the judgement delivered “much needed clarity to motorists, landowners and the parking industry”.

Meanwhile, the Government is now analysing feedback following a public consultation launched earlier this year. The coalition Government discussion paper is examining the management and regulation of parking on private land and land owned by public bodies, and cash payments for municipal parking. The results are expected to be published later this year.

In respect of private off-street parking, the discussion paper said it wanted to hear views on “anecdotal evidence” of “practices which could be in breach of consumer protection laws, such as companies setting excessive parking charges, or levying excessive penalties for overstaying”.

In launching the consultation, the then Communities Secretary Eric Pickles said: “We need to look at whether private firms are charging unnecessarily excessive fees  or fines simply for parking. Nobody should endure the  stress of being clobbered with a huge bill just for driving  to the shops.

“Extortionate fees only put people off driving to high streets and damage local retailers and businesses. They are far from fair for motorists who end up paying through the nose.”

Late last year, Fleet News highlighted that an online petition had been launched to “fight the parking ticket bullies” which, if successful, may deliver refunds and compensation to fleets (Fleet News, December 18, 2014). The campaign, led by Michael Green who established the Challenge the Fine campaign, has so far attracted almost 50,000 backers.

They hope to launch a class action against parking operators in the UK to have any additional charges paid in respect of parking on private land refunded.

Following the court of appeal verdict and the Government’s consultation paper, Green told Fleet News: “It’s not too surprising the ruling went the way it did: the question at issue is whether ‘penalty clauses’ can be ‘commercially justified’ in contracts.

“The traditional position is no, they cannot be. But in recent years the appeals’ court has created an exception to this that has never been legitimised by the supreme court.

“It is now up to the supreme court to legitimise this exception or not.”

In April, the coalition Government introduced a package of measures in relation to on-street and off-street parking enforced by local authorities. They included the introduction of a 10-minute grace period if drivers were only a few minutes late in returning to their vehicle and discouraging aggressive use of bailiffs.

ACFO chairman John Pryor said: “ACFO believes there needs to be some regulation of parking, whether on private land or in local authority car parks. If parking is unregulated there will be chaos.”

Fleet Poll
Should a ban on the sale of diesel and petrol new cars and vans be implemented at the same time?
Vote
View all
82