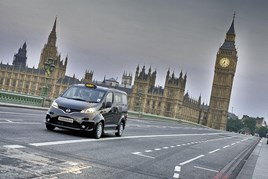 Trade union GMB is launching a legal case against Uber in an effort to ensure its members working for the taxi app provider have the same rights as other employees.

Partnering with law firm Leigh Day, it is arguing that the taxi service is in breach of a legal duty to provide drivers with basic rights on pay, holidays, health and safety, discipline and grievances.

In addition, the union wants Uber to ensure drivers are paid the national minimum wage and that they receive statutory entitlement to paid holiday.

It also said Uber does not currently ensure its drivers take rest breaks.

GMB believes this provides a substantial risk to all road users given that, according to Uber, there will be 42,000 Uber drivers in London alone by 2016.

Steve Garelick, branch secretary for professional drivers at the GMB, estimates that there are around 14,000 Uber drivers currently operating in London.

However, as members of GMB do not have to state who they work for, Garelick was unable to say how many union members are currently working for the company.

Uber said it had not yet received any formal contact from GMB as Fleet News went to press, but a spokesman said:  “One of the main reasons drivers use Uber is because they love being their own boss.

“As employees, drivers would drive set shifts, earn a fixed hourly wage, and lose the ability to drive elsewhere as well as the personal flexibility they most value. The reality is that partners use Uber on their own terms: they control their use of the app.”

The Uber app works by passengers requesting a pick-up from any location it operates in. Passengers pay Uber for the journey, which then passes on a percentage of that payment to the driver.

The app is currently operating in London, Leeds, Manchester, Bristol, Newcastle, Birmingham and Sheffield. It has also been given the green light to start operating in Nottingham.

Uber is however, either banned or involved in legal action in 24 countries across the world.

GMB was prompted to start the tribunal after one of its members was assaulted by two Uber passengers in London.

Garelick explained: “My role is to be a facilitator with this tribunal. It’s up to a QC as to whether this case has legs, but my goal is to get an answer on whether Uber will change its employment policies or not.”

And, signalling his determination to fight for the rights of thousands of drivers, he added: “We’ve got the budget to spend hundreds of thousands on this.”

Uber has come under fire from black cab driver organisations that are angry at having to compete with what they see as an unregulated industry.

Garelick said the case was not being brought to Uber because traditional taxi companies were afraid of the future or are losing market share.

But he added: “Operators like Uber must understand that they have an ethical and social policy that matches societies’ expectations of fair and honest treatment.

“Drivers can be dropped from Uber on a whim. Uber has the power of god but if you’re working for an organisation you want it to be a partnership, not a dictatorship.

“For them to defend themselves by saying drivers are their own boss and they can leave if they don’t like it isn’t good enough.

“More and more members are joining us on this tribunal every day.”

Garelick is expecting the case to have a ripple effect beyond London, with future companies copying Uber’s business model being blocked from operating in the same way in the UK.

Nigel Mackay, a lawyer in the employment team at Leigh Day, said: “A successful legal action against Uber could see substantial payouts for drivers, including compensation for past failures by the company to make appropriate payments to, who we argue, are their workers.”

Fleet Poll
Will the Government continue its freeze on fuel duty in the March Budget?
Vote
View all
164