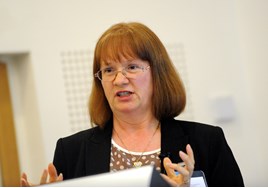 Highways England admitted to 'teething problems' with the newly-introduced Dart Charge at a seminar organised by fleet operators' association ACFO.

There have been numerous complaints from fleet managers related to the introduction of Dart Charge including an inability to access online accounts, vehicles charged in error and complexity surrounding account administration.

Heather Lang, central on road area manager, Highways England, which has overseen introduction of Dart Charge on behalf of the Government and outsourced its operation to Sanef, told delegates there had been “teething problems”.

She said: “That said, we have got something like 93% compliance on the first attempt of paying and using the online system, and 93% is pretty good for a new online system.

"There is a lot of work in terms of the initial set-up, but once it’s done we are finding a lot of people are doing it automatically. We are still taking feedback. It’s a new system and we are still fine-tuning it.”

Asked about the possibility of more road charging schemes being introduced, Lang said: “Plans to charge on other roads will not be a Highways England decision.

"It will be a Government decision about how they intend to manage road charging.”

Highways England says its ambition for the next 25 years is to “revolutionise” the road network by “creating a strategic road network that supports a modern Britain making a real difference to people’s lives and businesses’ prospects”.

Highways England is responsible for dri­ving for­ward the country’s motor­ways and major A roads, which includes mod­ernisation and maintenance, as well as run­ning the net­work, keep­ing traf­fic moving.

By 2040, Highways England’s targets include:

Making better use of road space was important, said Lang, highlighting that two of the challenges Highways England faced was growing traffic levels and the pressure to reduce congestion.

A further challenge, she said was working with other organisations such as the Driver and Vehicle Standards Agency to reduce the number of poorly maintained vehicles on the road and the police to limit the impact on the network of incidents.

Lang also highlighted how investment in the road network was supporting economic growth and that the current five-year plan included: