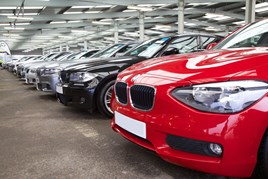 The average age of de-fleeted stock was six months lower than 2014, with nearly 5,000 fewer miles on the clock.

Prices in November were down 3.2% from October, reflecting an expected softening in the market as volumes increased following the record new car registration month in September. Overall car auction volume was up 19% from November 2014, following the 33% year-on-year increase seen in October.

Daren Wiseman, valuation services manager at Manheim, said: “As significant de-fleeted volumes continue to hit our physical and online auctions, it is unsurprisingly that we saw the market soften slightly in November. However, despite overall year-on-year car volumes increasing by 19%, average selling prices were up by 2.6% compared to the same month last year.”

“The average selling price outperforming November 2014 is all the more impressive since significant increases in ex-fleet volumes (3% and 2%, respectively) were seen in the supermini and small hatchback segments, which are inherently two of the segments with the lowest selling prices.”